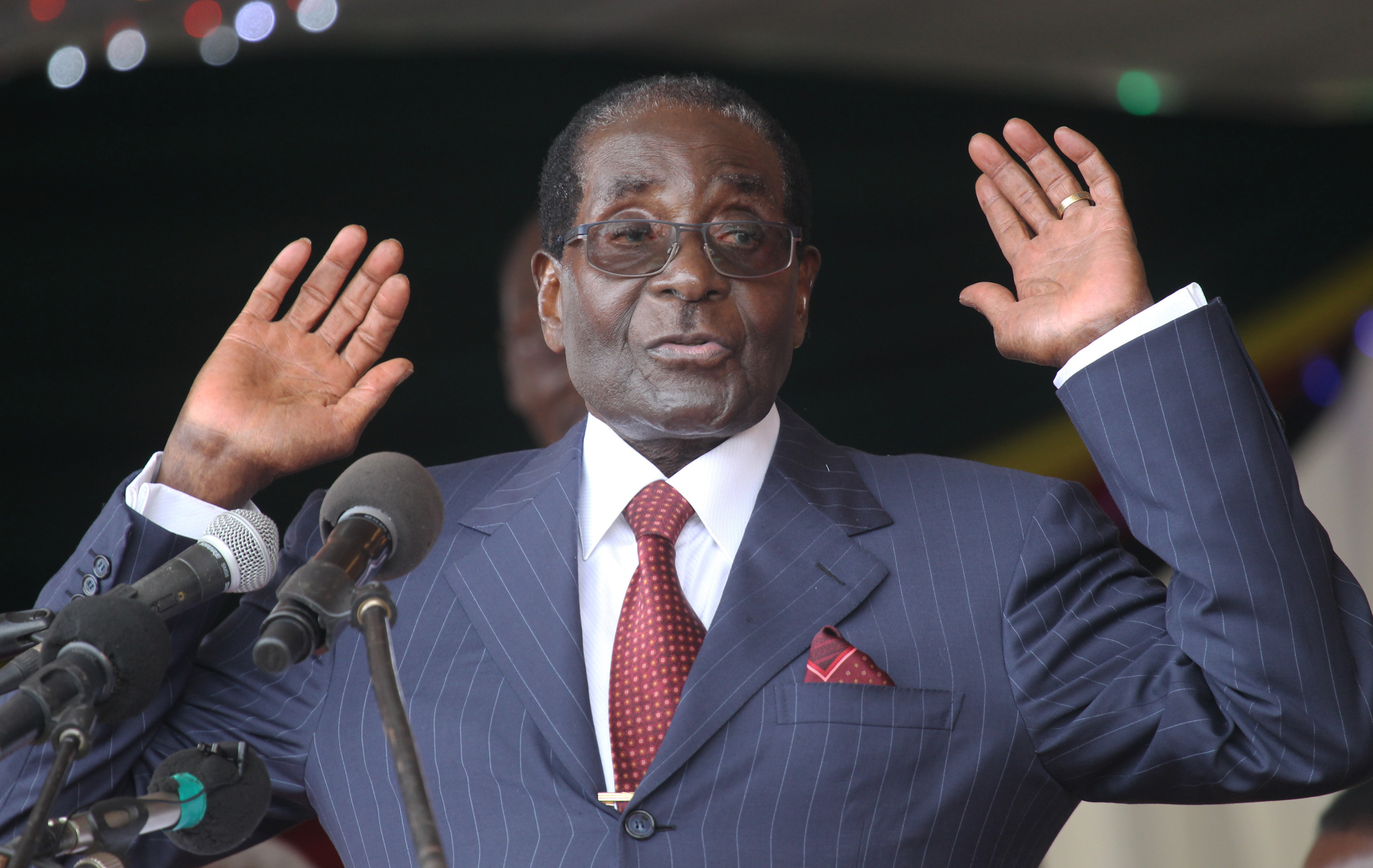 Today, we witnessed the deposition of Zimbabwean president, Robert Mugabe in a series of military actions that carry all the elements of a coup d’etat.

It appears Mugabe made a move he will regret the rest of his life (how much longer at 93) when he sacked his Vice President, Emmerson Mnangagwa last week. It turns out the disgraced VP has friends in the upper echelon of the Zimbabwean military hence today’s move.

Although the military are insisting this is not a coup, granny Mugabe is being held under house arrest and senior officers in his government have been detained.

Trust Nigerians to poke fun at everything.

Someone on this side thinks a palace coup like the Zimbabwean one is so 1966. Since everything goes down on social media, it may have been more effective to take over Mugabe’s social media page. Really, we’ll never understand how this would have worked but see where @gidimeister’s argument leads:

Our FG has gone mad again?

From the stable of Nigeria’s Federal Government, the initiator and procreator of ridiculousness comes another blockbuster…

President Buhari’s government is planning to hire an economic growth expert who will conduct “a study that will aid the implementation of the present administration’s Economic Recovery and Growth Plan”. Great stuff, right?

Till you hear what the expert will earn…

Who else is considering a career switch?

Everyone is talking about #AkeFest17

Abeokuta will be bursting with activity till the end of the week.

All the culturally woke people who make up the literary community are gathered at the Ake Book and Arts Festival and Day 2 seemed to have gone down really well as convener, Lola Shoneyin led the group to schools in the city as part of Project Inspire School Visits.

We really should all be paying attention to culturally important moments like this in Nigeria. We don’t get enough of them.

Learn from the Pope

He was gifted with a special edition Lamborgini Huracan that costs $237,000 but guess what the Pope did.

He put his signature on it then put it up for auction. The proceeds will be going to three separate charities. It’s simple but deeply crucial, especially in these times.

Forward this article to your pastor!