Sign in
Home FEATURED How Nigerians helped Olasubomi Okeowo give up on his presidential dreams; “Tinubu... 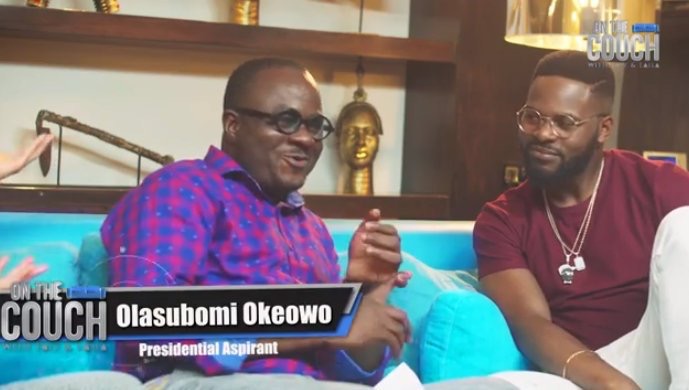 Saraki will not allow Tinubu “create a wrong, false and mischievous impression about his defection”

Senate President, Bukola Saraki has reacted to Asiwaju Bola Ahmed Tinubu’s claims that he does not “have the stomach” to contest against President Buhari hence his defection to the opposition PDP.

Saraki, on Monday, shared a Facebook post stating that he will not allow the APC leader create a wrong impression about his decision to leave the ruling party.

He went ahead to state that even Tinubu had consistently expressed worry and displeasure at President Buhari’s administration but was ready to stick it as long as it would fulfil his own presidential ambition in 2023.

Saraki wrote, “…he (Tinubu) expressed a strong opinion that he would rather ‘support a Buhari on the hospital stretcher’ to get a second term because in 2023, power will shift to the south-west”.

“It is clear that while my own decision is based on protecting the collective national interest, Tinubu will rather live with the identified inadequacies of the government for the sake of fulfilling and preserving his presidential ambition in 2023. This new position of Tinubu has only demonstrated inconsistency — particularly when one reviews his antecedents over the years”, he added.

So Tinubu personally told Saraki that he’s not happy with the activities of the Buhari administration but he would rather prefer Buhari to serve out 8 years so that Power can come to the Southwest in 2023.

What a disgrace of a man!! And some youths call him their “mentor”

Tinubu told Saraki that he is suffering humiliations from the Buhari’s Govt but would rather support a Buhari on a wheelchair for President in 2019 so as to take over as President in 2023 when APC zones the Presidency to the South West. Where is Rochas Okoroawusa?

So, Tinubu confirmed to @bukolasaraki that Buhari is failing but he'd rather support GMB on a stretcher because he wants to be President in 2023 and he believes Buhari will zone it to the SW. So Selfish. Are we going to have a country in 2023 if Buhari wins?

Nnamdi Kanu was right. The secessionist are right. Tinubu is a greedy and selfish man. A villain.

Olasubomi Okeowo aspired to run for presidency but after this appalling interview, he has changed his mind, and rightly so.

How Nigerians helped Okeowo give up his presidential dreams:

One thing I noticed about this Olasubomi Okeowo guy on his interview with Falz is that he actually thinks he's smart. He doesn't considering his inability to answer their questions a problem. It's scary to think that this is even one of the people that want to rule the country.

I can’t believe that On The Couch interview was only 30mins long. Olasubomi Okeowo managed to say those wild statements in less than 1 hour lmao. Tragic.

I just watch on the couch with Olasubomi Okeowo and that man is a disgrace. UTTER. DISGRACE.

He doesn’t even sound fit to be a teacher, talk less of a president!

I don’t know how Leila and Falz managed to stay composed.