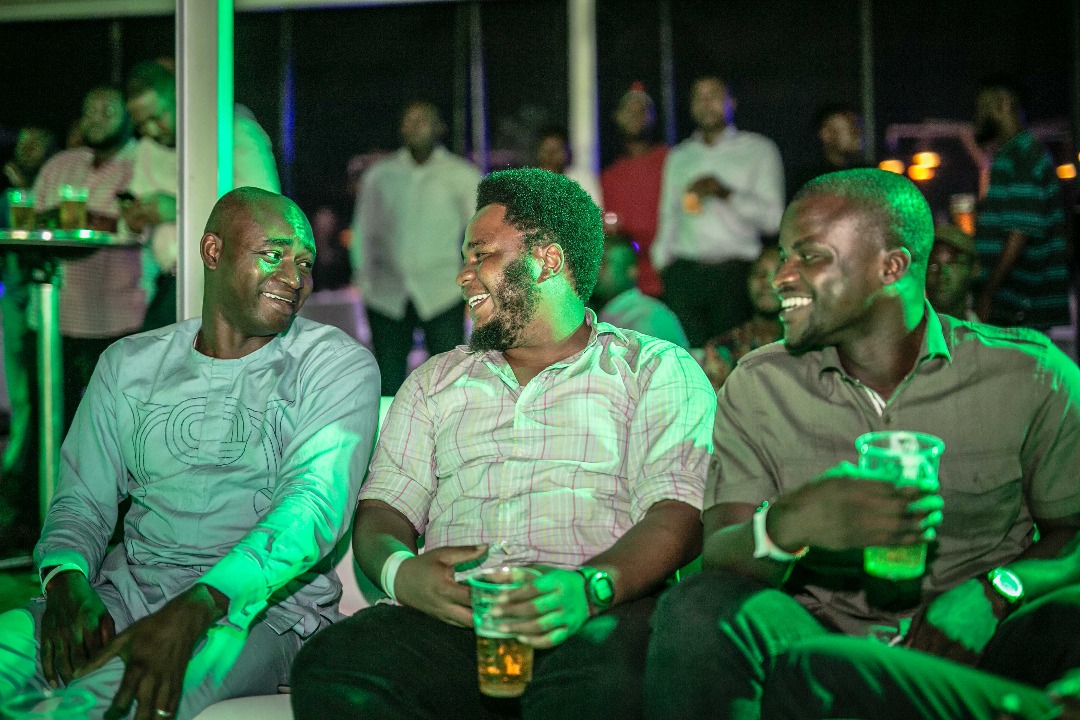 The much-anticipated clash between the most successful German club in football history and the Spanish professional football club was watched by hundreds of excited football fans who were kept spellbound by the drama on screen.

Bayern Munich kicked off the game with so much confidence as midfielder, Joshua Kimmich scored the first goal in the 28th minute into the match and opened up chances of a 2-0 lead. However, at the 44th minute, Real Madrid took a big step towards Kyiv and rounded up the 1st half with an equalizing goal from Marcelo.

Football fans relaxed with appetizing hot canapes and cold glasses of Heineken. In addition to the refreshments, they also had access to a variety of recreational games to keep busy as well as quizzes, contests and giveaways during the halftime break.

With 71 minutes gone at Allianz Arena, Real Madrid talisman, Cristiano Ronaldo was denied the chance to become the first to score in every match of one season’s competition as referee Bjorn Kuipers blew for a foul after he scored a goal which was believed to have been controlled by his arm.

Despite Bayern’s effort of matching the Spanish team on the field of play, there seemed to be nothing to show for it as the match ended 2:1 in favour of Real Madrid with Marco Asensio’s goal at the 57th minute.

A dramatic night of top-class football ended on a high for fans, both in Lagos and Abuja, and sets up delightful expectations for the second semi-final leg of UEFA Champions League games to be broadcast live at Heineken’s exclusive viewing centres in Lagos and Port Harcourt on 1st and 2nd of May, 2018.