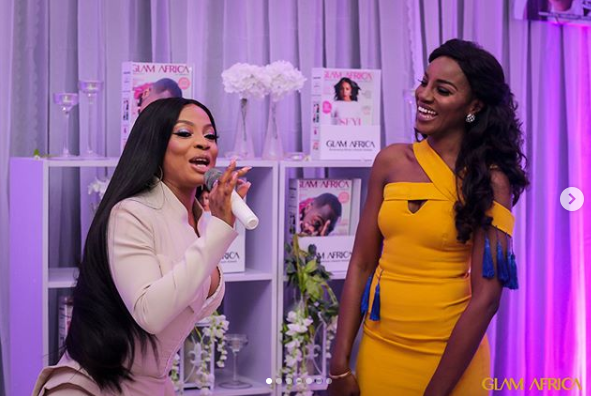 Glam Africa officially launched its Glam Africa beauty box at a star-studded event held at Oriental Hotel on Tuesday, July 24, 2018. The magazine is partnering with Sleek Studio to send out free boxes of beauty products to its yearly magazine subscribers.

The three-pronged event was also a celebration of the release of Glam Africa latest issue which features Africa’s music stars, Davido and Cassper Nyovest while past cover stars including Seyi Shay and Toke Makinwa who have been pivotal in the ‘Africa Rising’ movement were equally recognised and honoured.

The event was attended by some of the biggest personalities in the beauty and fashion space like Mai Atafo, Vimbai Mutinhiri, Uriel Oputa, Andrea Giaccaglia, Sharon Ojong, Layole Oyatogun, Lillian Afegbai, Big Brother Naija’s Khloe, and many more.