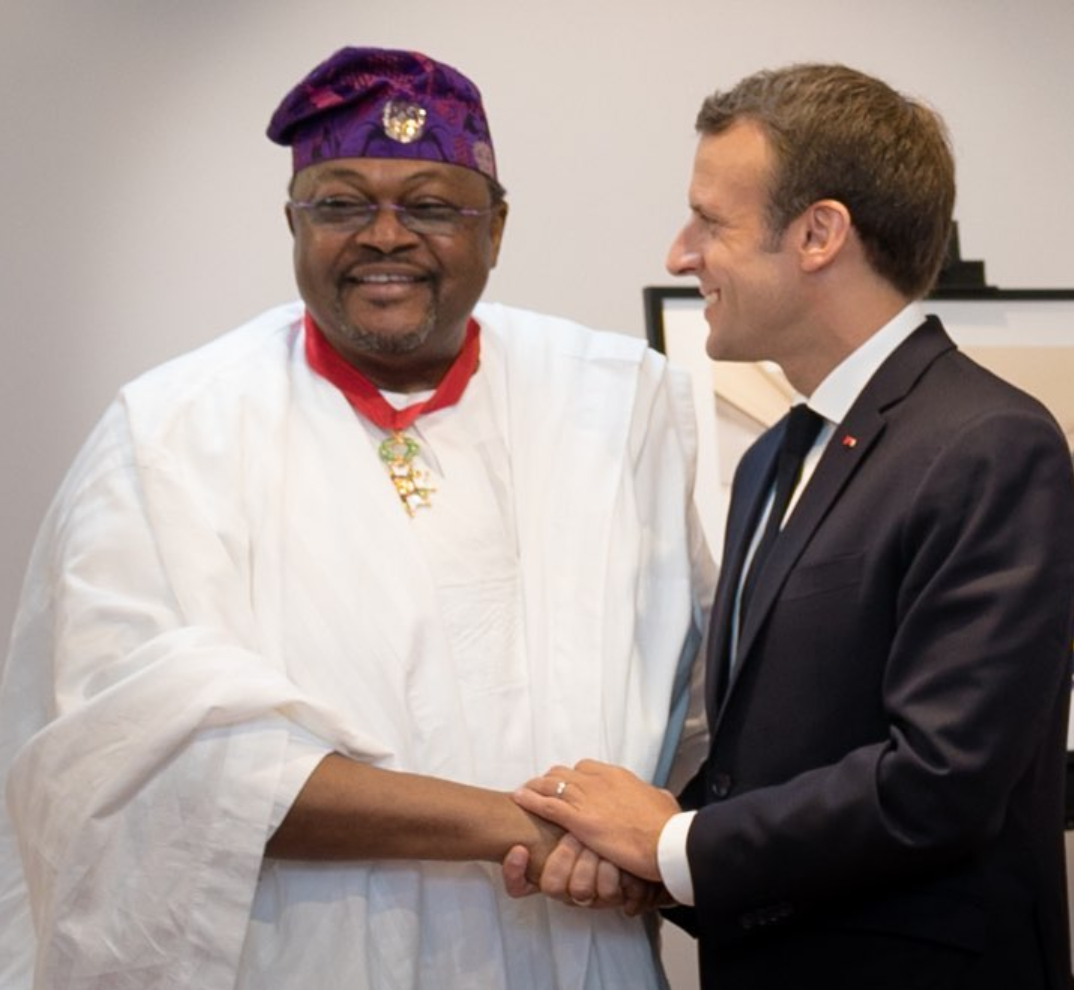 Globacom Chairman, Dr Mike Adenuga, Jr. has been conferred France’s highest national honour of Commander of the Legion of Honour by French President, Emmanuel Macron. The conferment ceremony held at the inauguration of the new Alliance Francaise, Mike Adenuga Centre in Ikoyi, Lagos.

President Macron said the decision to confer France’s highest honour on Adenuga was because the legendary business guru is “a true role model for Africa” who has contributed immensely to the growth of the African and French economy. He also applauded Dr Adenuga on his promotion of the French language and culture in Nigeria, and also commended Bella Disu, Dr Adenuga’s daughter who conceived, coordinated and executed the Alliance Française project.

He disclosed that in his two and half years in Nigeria, he can testify that Nigeria holds one trump card that is more important to surmount all challenges it may be facing now. This, he said, is the “incomparable spirit of entrepreneur, tenacity and ability to think out of the box,” adding that “Dr Adenuga personifies all these qualities.”

With this award, Dr Adenuga adds another feather to his cap as he also holds the Grand Commander of the Order of the Niger (GCON), Nigeria’s highest honour for a civilian who is not in government in the country as well as Ghana’s highest civil award, the Companion of the Star of Ghana (CSG).