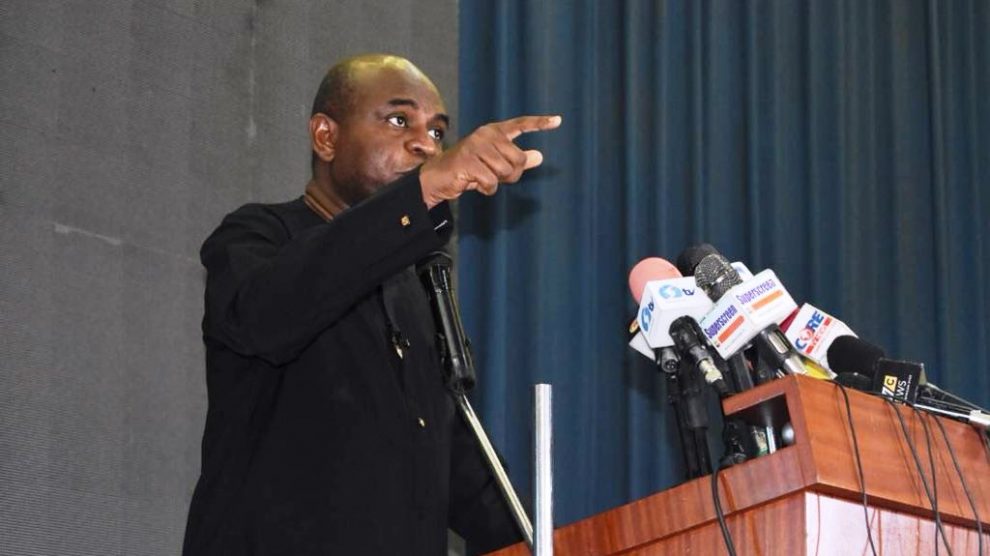 Barely a week after Fela Durotoye announced his intention to run for the presidency, former Deputy Governor of the Central Bank of Nigeria (CBN), Kingsley Moghalu has also joined the race.

Moghalu, who declared it is time for a radical change in Nigeria’s political leadership, also said, “I am taking this stand, here and now, because Nigeria today is divided by ethnic and religious conflicts, made worse by corruption. The government has failed in its very first duty of securing our lives as citizens, and we have lost our place in the world. The time has come for us to fix this.”

It may be safe to say, at this point, that the race has gotten tougher and Nigerians will now be able to again rewrite their own narrative… but is Moghalu the change agent we need?

Painted by Ben Enwonwu, ‘Tutu’ was projected to fetch about £300,000 but it blew beyond expectations.

We hear the final buyer is a Nigerian. Rumor also has it the fellow lives in Lagos. Now with all that money?

Wizkid just added a goat to his family?

We will never be able to provide a fitting explanation for this so we’ll just allow you process it yourself.

Starboy, Wizkid shared a photo announcing the arrival of his new pet and asking for name suggestions from fans who are super confused.

Is it really a goat? Is Wizkid sending subliminal messages? What exactly is going on here?

If this isn’t marriage goals…

We loved American singer, T-pain when he was “in luv with a stripper” and now that he’s with the love of his life, he has us spitting lovestruck emojis all over the place.

The king of auto-tune shared a tweet detailing his nightly routine with his wife and it’s the sweetest thing you’ll find on the internet today.