Sign in
Home FEATURED “Firing Daura was an excellent move”, “Our democracy has gone to the... 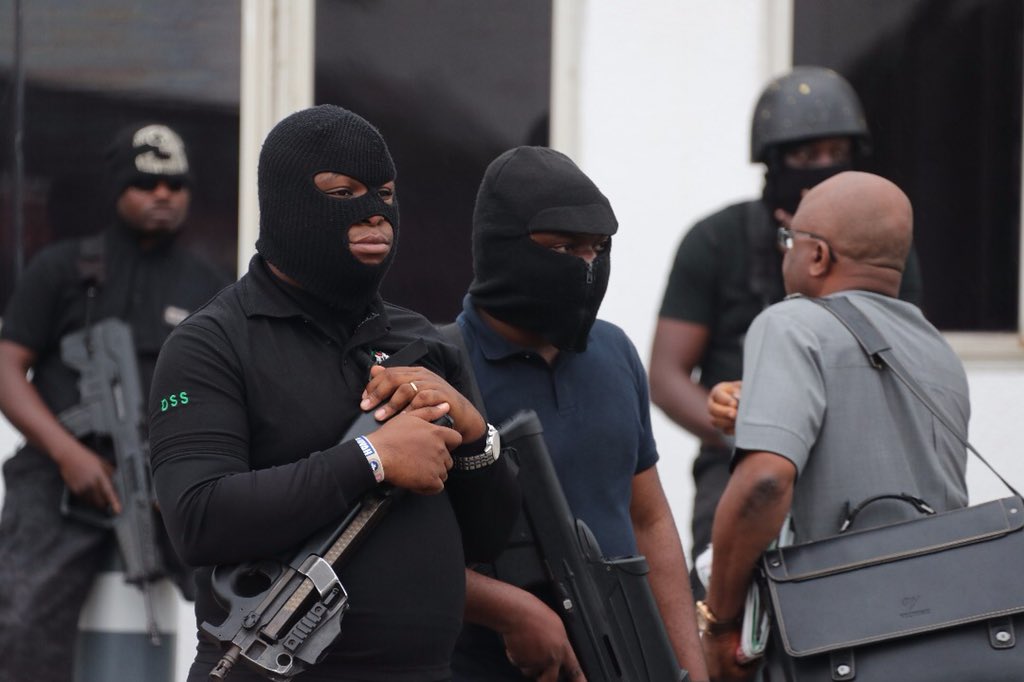 It was another drama-filled day on Nigeria’s political scene as officials of the State Security Service (DSS) and the Nigerian Police Force laid a siege on the National Assembly complex preventing lawmakers and staff from gaining access to their offices.

I was just barred by fully armed, masked officers of the DSS from entering the National Assembly (@nassnigeria). “We’re acting on the order from above,” I was told by officers laying siege on the Assembly. All entrances BLOCKED. 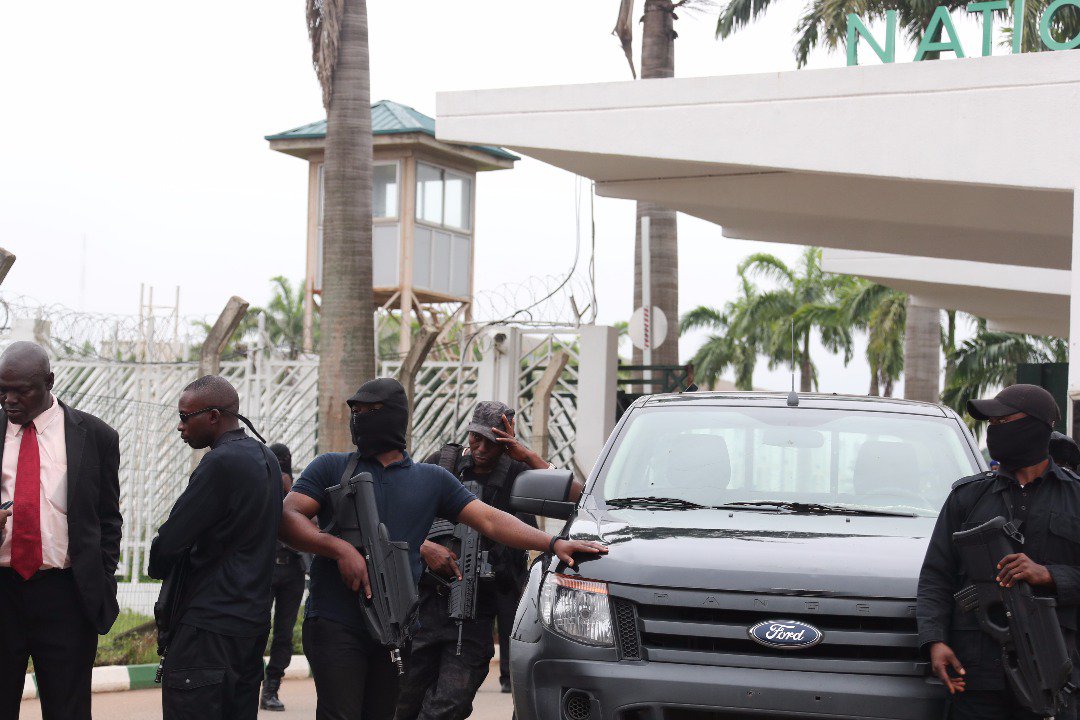 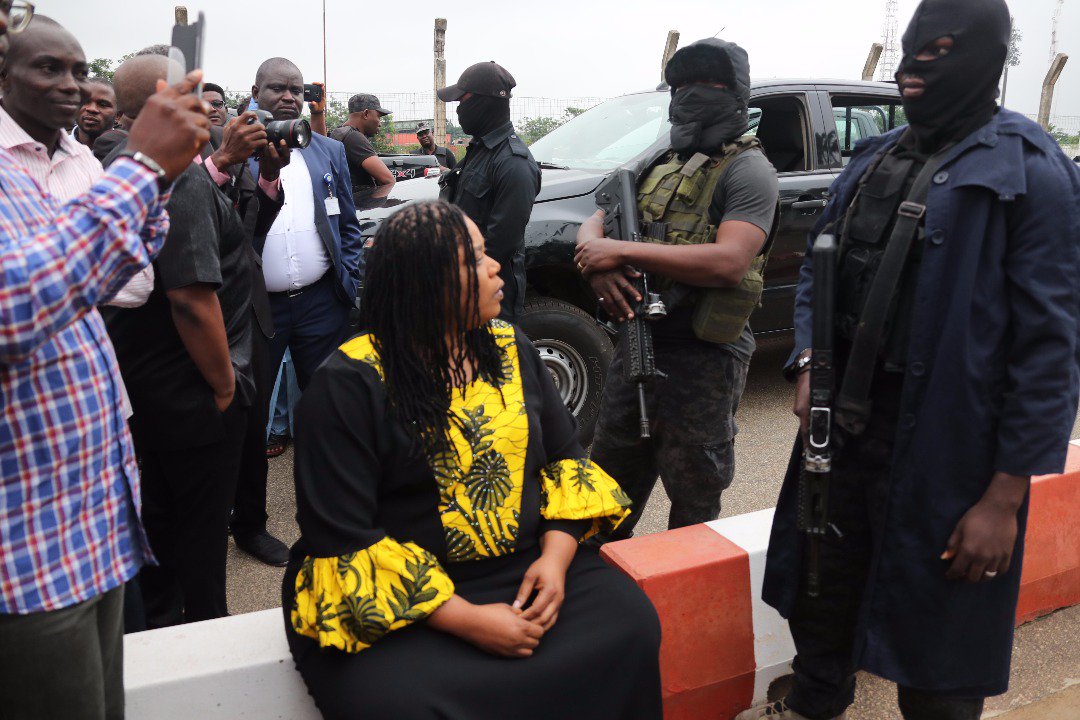 I am here at the National Assembly. I will not run away. If they like they can shoot me. Bullets did not bring me into office. Ballots brought me into office. I am here. Let them do their worst! pic.twitter.com/zwEW76UQNR

But they were finally let in to the building and they demanded their freedom:

Outside the National Assembly chambers with other defenders of democracy; Senators and House of Reps members. A few of us finally got our way in, but the media have been blocked from entry. However, we have our phones & will make sure injustice doesn’t prevail. #SaveOurDemocracy pic.twitter.com/BLxTTwTnu5

We will forever defend this hard fought democracy. Illegality will never stand! We are now in the complex but are yet to get access to the chambers as staff of the National Assembly incharge of this have been blocked from entry. #SaveOurDemocracy pic.twitter.com/vMnfOFFtF8

Some PDP Lawmakers allowed into the National Assembly complex, taking photos at the entry points of the chambers this morning. pic.twitter.com/IVo8jL51J2

Then, the Acting President, Yemi Osinbajo moved to action. We honestly did not see it coming:

AgP Yemi Osinbajo has directed the termination of the appointment of the DG of the DSS, Mr. Lawal Musa Daura.

Osinbajo is Ag President. Got wind of plots being hatched with the DSS. Called DG DSS & told him to stay off. Those that own the Presidency told Daura to ignore & proceed with plans. Daura proceeded.

Terminating Lawal Daura’s appointment was the very least that Osinbajo should have done.

From a tactical viewpoint, it’s an excellent move.

Now, when is he going to terminate PIG Ibrahim Idris?

Many don’t even know how powerful Lawal Daura is. Aside being the DG of the DSS, He’s one of those powerful politicians Aisha Buhari was talking about to have hijjacked the presidency. He’s one of the few people Buhari fear “ALOT”. It seems Prof. Osinbajo is not afraid of anybody

Your LMCM think Osinbajo can sack somebody without baba Knowing and approving it. Like wise baba won’t make this kind of decision without consulting Osinbajo. This is a Team. We have a active VP as it should be, not some VPs that are only concerned with accumulation.

When the Senate President, Dr. Abubakar Bukola Saraki arrived at the National Assembly today after the failed #LegislativeCoup. Chants of “Oloye!” filled the air! #SaveOurDemocracy pic.twitter.com/UEgg84OHHp

Summarily, here is how Nigerians really feel about the whole political drama:

Just a gentle reminder that none of what is happening at the National Assembly is about you.

Politicians are playing themselves again and asking for your voice to amplify theirs.

Face your work, grow, improve, learn, teach, and love yourself. Drink some tea too. God bless you.