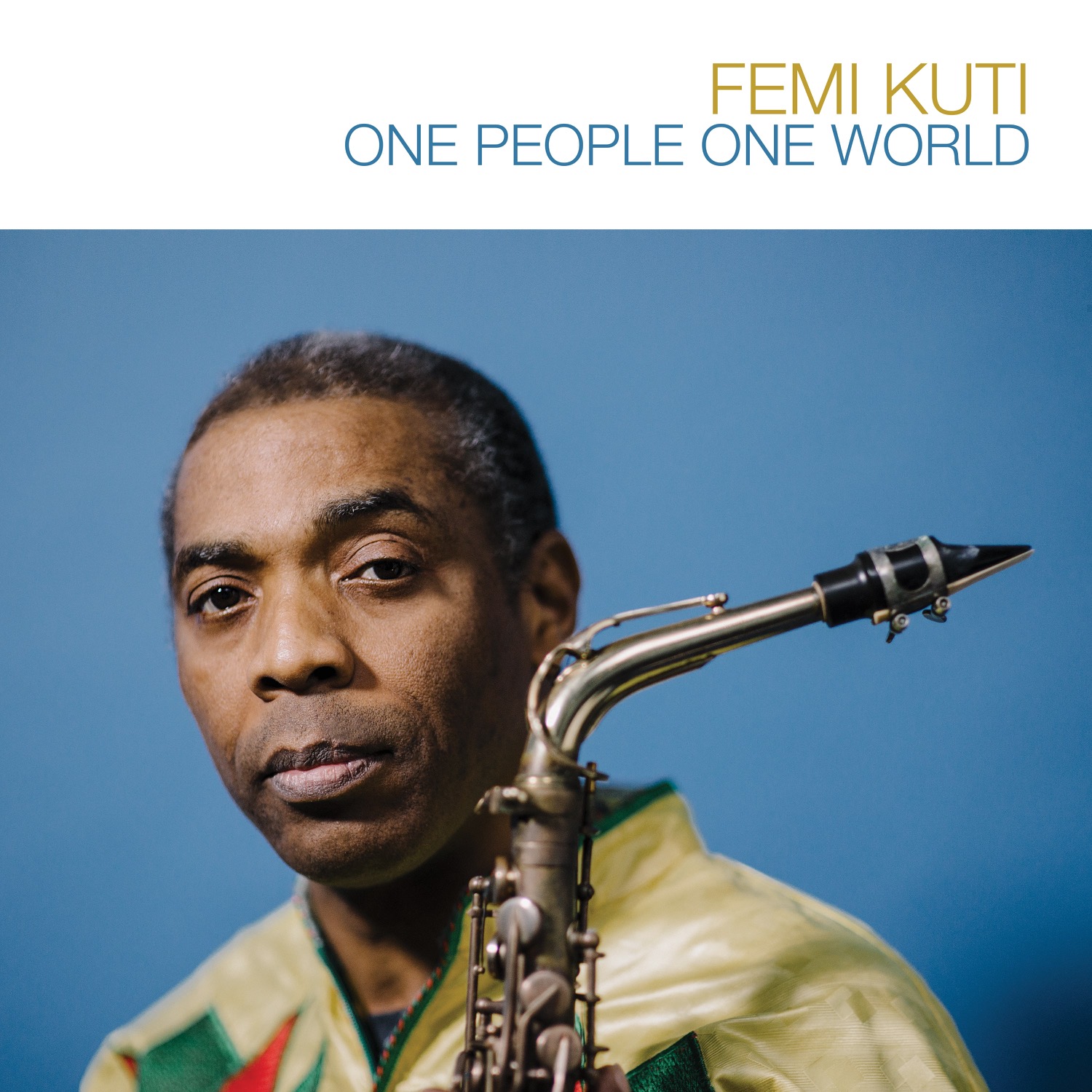 Afrobeat legend, Femi Kuti has released his 10th studio album “One People One World”. The album which is a product of years of work is a new direction for Femi who says he has become more optimistic about the future of the African man.

In a recent interview with the Rolling Stone magazine, Kuti said the album’s optimistic lyrical themes underscore the important way music can make politics personal and instigate social change. “I’m a father and I love my kids, so I want to give the younger generation a message of hope,” he said. “Despite all our problems, we can create greatness in our lives.”

Two singles off the album “Na Their Way Be That” and the title track “One People One World” have already been released to much critical acclaim, enjoying rave reviews from listeners on Nigerian radio stations.  Speaking on the album, British Arts Journalism website The Arts Desk opines “This fiery 50-minute rant against the greedy and corrupt has more than enough to satisfy both the head and the hips”.

Much of the album was recorded in Lagos by Femi and his band, Positive Force and it is distributed in Nigeria on all major digital platforms by Chocolate City Music.