Sign in
Home FEATURED Fayose invokes “the power of God” as he rejects Ekiti election results;... 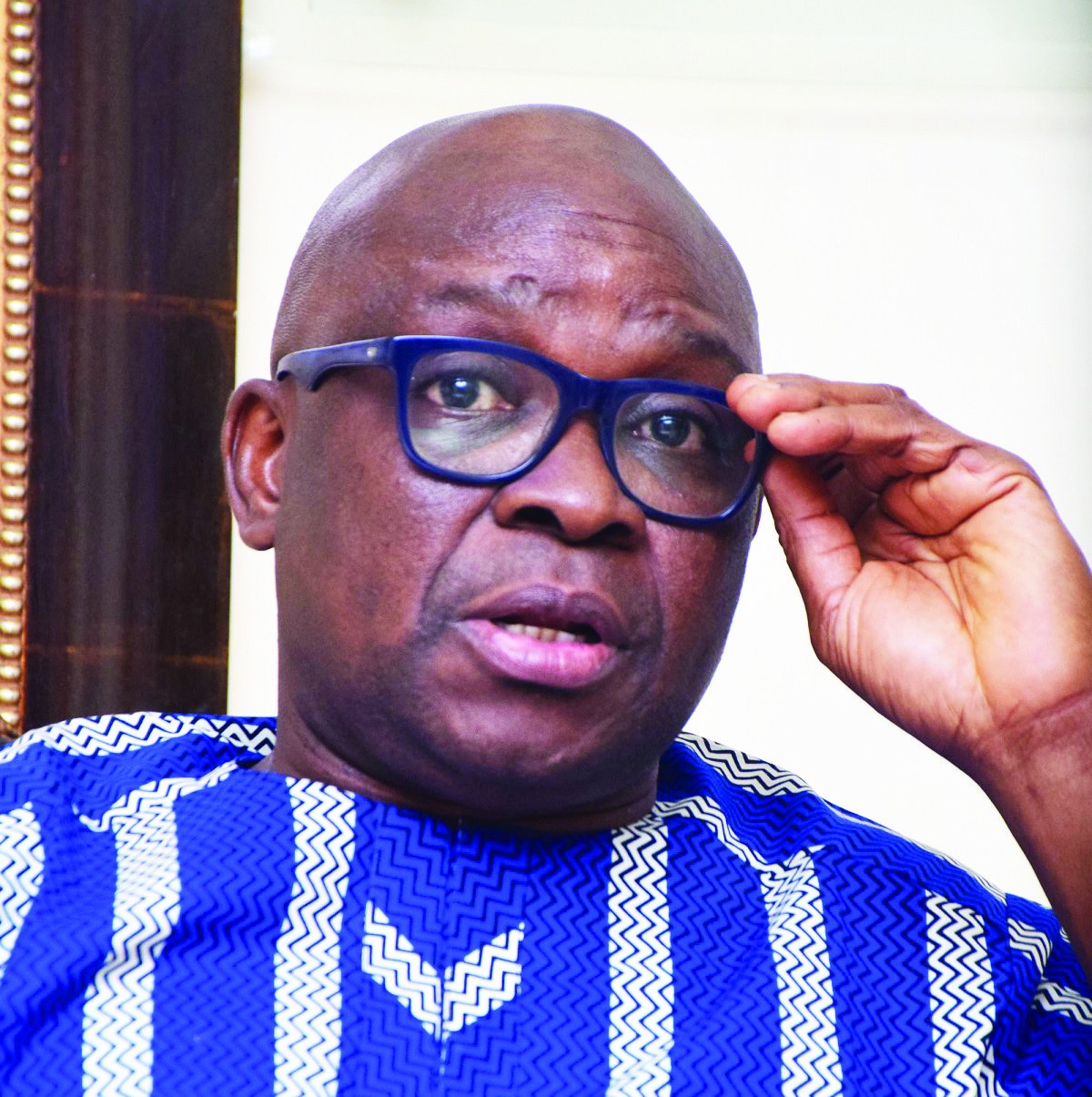 Following the People’s Democratic Party’s (PDP) loss at the gubernatorial election in Ekiti last Saturday, it appears the state governor, Ayodele Fayose is not going to give up without a fight.

Although much has not been heard from his candidate, Olusola Eleka who contested against APC’s Kayode Fayemi in the election, Governor Fayose has been blowing hot on Twitter all Monday threatening to “reclaim the stolen mandate in court”.

In a series of tweets, Fayose accused President Muhammadu Buhari and the ruling APC of “stealing the mandate”, insisting that the people of Ekiti did not choose Fayemi.

If APC truly won, why was it that there was no jubilation in Ekiti ?
That victory of Kayode Fayemi is pyrrhic, we will reclaim the stolen mandate in the court by the power of God.

The governor, however, constantly made references to God with the claim that He will fight these manmade battles.

As for me, I am Peter Ayodele Fayose , I hold with my head high. I can never be suppressed. I don’t lose battles and I will not lose this. By the power of God, I will laugh last.

Apparently, Nigerians are irked by his constant use of God’s name

The same fake god you asked to disarm Buhari on the night of the election?

That your god must be Baal, maybe he went on a journey or he was sleeping during the elections.

@damola_ade77 kindly ask him if he does know GOD … He got what he deserved … The mumu went on national tv saying ” He’s an institution in Ekiti state”.. Very proud and over confident

Power is transient…God gives power and he also relieves people of power…God has blessed you with two tenures….but because of greed you imposed a candidate on the will of Ekiti people but God resisted it.
God luck to you in court but remember….God’s will shall prevail

This God Don suffer, I swear

But Fayose’s God must be the same as Apostle Suleiman’s?

“God told me expressly that APC is finished in Nigeria and you will see how God will disgrace them in Ekiti. They will lose heavily” – Apostle Suleiman pic.twitter.com/Nl6Kv4xvk7

Baba Imade @iamdavido please o, do you remember that ‘All of you’ jam in your first album, you made a video for it. At the last scene, the lady you slept with stole your jewellery before you woke up, I saw to be continued there. I’m still waiting for the concluding part😐

But frankly, artistes need to held responsible for this deception.