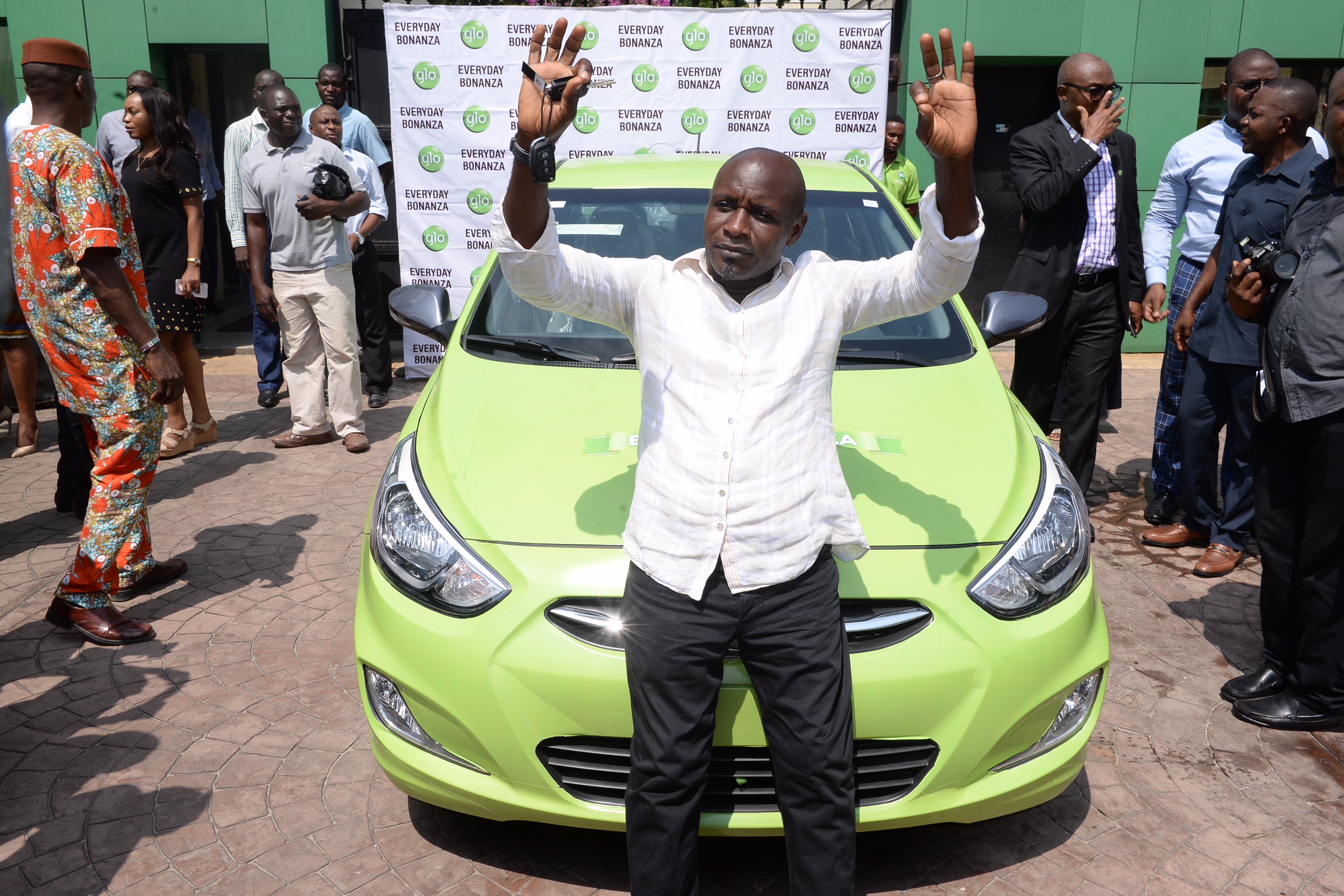 One of the earliest winners of the ongoing consumer reward scheme by Globacom, Tanini Shishi, has vowed to ensure that all the members of his family join the Globacom network to partake in the numerous benefits that the company consistently pushes to its customers.

In an interview he granted at the venue of the presentation at Gloworld, Adeola Odeku, Lagos, Mr. Shishi said the unexpected win had convinced him of the authenticity of Glo’s offers. He said he would not only convince his family members to port to Glo, but will also promote the Glo brand anywhere he went across Nigeria.

“I will change all my family members to Glo. I will advertise the car all over the country. In Olodi Apapa, Lagos, where I live and even in my state, Taraba, I will advertise Glo. You are the best”, he stated.

The lucky subscriber, who has been on the Glo network since 2003, called on Nigerians to embrace the network in order to enjoy the various goodies being dispensed by the company.

He thanked the management, staff and board of Globacom for making him a car owner. He said when he was informed he had won the car, he was reluctant to inform his wife who is resident in his native state about the prize because he thought the call was a scam.

In the same vein, another lucky subscriber, Mrs. Anyebe Roseline, a Federal Civil Servant, who won a generator said, ” I am very happy. I am short of words. I never expected I was going to win. I just do not know how to express my joy. I promise to remain a Glo subscriber for life. From today, I will also get Glo cards for all my friends and family members”.

Similarly, Napolean Adu Atcho, a 40 year old staff of Flour Mills, won a generator in the promo. He said, “This is the biggest gift I have ever won in life. The gift I had won before was a recharge card! I am encouraged, I am so, so happy!’