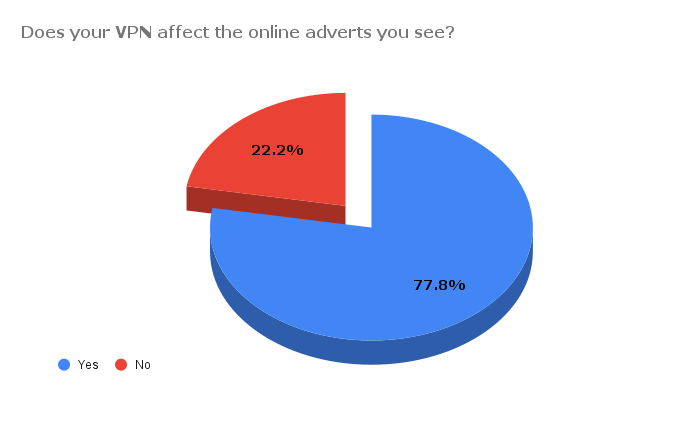 A new study by Culture Intelligence from RED has revealed the impact of Virtual Private Networks (VPNs) on social media advertising in Nigeria — mainly how the technology and geo-spoofing affect online marketing, tagging, and content consumption among customers.

Since the Nigerian government banned Twitter use, VPN use has grown to become commonplace among social media natives. Five days after the ban was announced, ExpressVPN, a provider of VPNs, said it had recorded an increase of over 200% in web traffic from Nigeria. Its biggest spike was on June 6 when web traffic increased by around 250%  from the previous day. According to Top 10 VPNs, downloads increased that same week by 1,409%— despite government threats to arrest those who breach the ban.

According to the study, 77.8% affirmed that the tech has changed the content they are exposed to, which can be easily traced to geo-spoofing. A majority (88.3%) also said that they ‘sometimes’ or ‘usually’ see ‘Nigerian adverts’ when they access Twitter using VPNs. This percentage is high when compared to about 11% who say they ‘do not’.

Furthermore, 81.8% of respondents explained that they now have VPNs on their phones, while just 8% said they ‘do not’. 55.6% said they only use their VPN to access Twitter, while 22% have their VPNs turned on constantly for other activities on their phones, laptops, iPads, and others. In contrast, others use it for specific activities – with variations in the duration per day.

“For both consumers and corporate organisations, especially small businesses, every user is still trying to ‘survive’ in a new social media terrain,” said Damola Oladipo, a project manager and expert in content management. “Most Nigerians have never been invested or interested in internet privacy, even though we are expected to consider them seriously. Because the average customer does not exactly know a good or bad VPN, hackers are going to have free rein in accessing people’s personal data and financial records through third-party connections.

“For brands, it changes the dynamics in social media advertising, especially Twitter. Basically, data is the lifeblood of any digital marketing campaign. When brands do not have accurate geographic data, it will be difficult for companies, especially larger ones, to determine their brand’s true impact on different regions,” he added.

Currently, users who have VPNs remain small, especially when compared with more advanced countries. But the VPN serves as a temporary solution, even as specific media platforms have reported stories about the government reaching out to foreign agencies to discuss plans to build an Internet firewall.

Here’s what Nigerians watched during the festive season