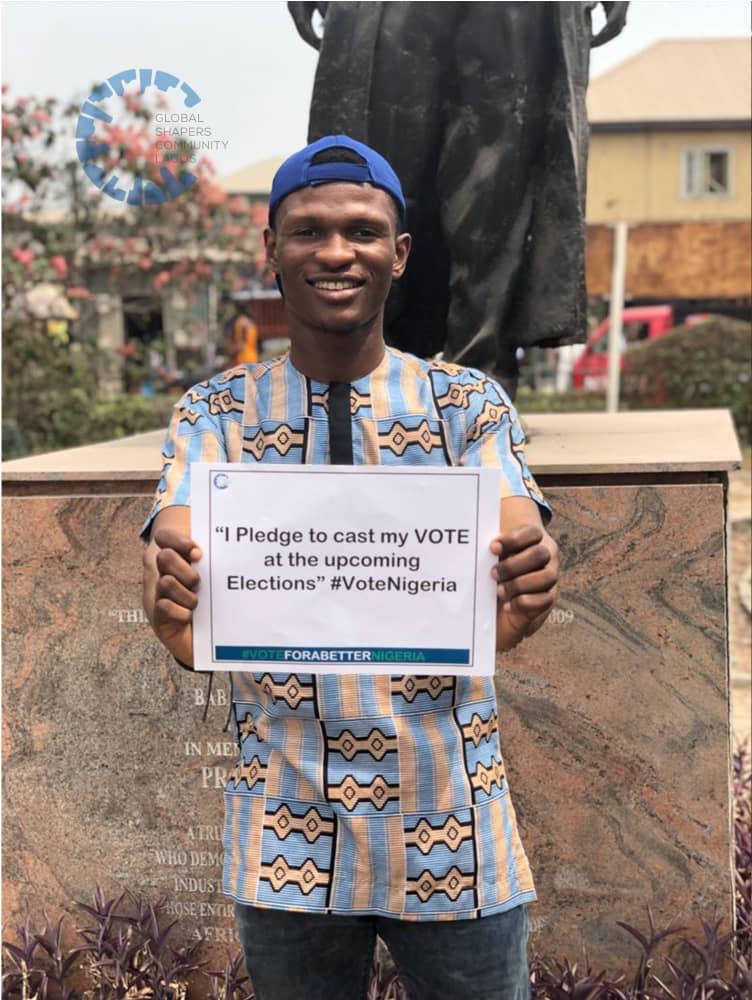 The Global Shapers Community, Lagos Hub – an initiative of the World Economic Forum focused on driving dialogue, action and change in their community, has unveiled a ‘Vote for Nigeria’ campaign aimed at galvanizing Nigerians to participate in the 2019 general elections.

The campaign, which is making a case for Nigerians all over the country to go out and vote during the upcoming elections, is promoting active citizenship and re-educating Nigerians that election day is not a public holiday.

Speaking during the launch, Curator, Global Shapers Community, Lagos Hub, Imoh Eboh said ‘’Over the years a lot of Nigerians have become disinterested in voting during elections, because they feel their votes won’t count. However, we must not stop fighting for a better country, we must all come out to vote and take a step toward improving our nation’’.

‘’Complaining isn’t a strategy, hope is not a strategy, but voting on election-day is. We have to understand that our one vote can make a big difference, and there are over 80 million children whose future depend on the decision we make today, we have a responsibility to do all we can to give them a better country by going out to vote.’’ she added.

Historically, the number of voters that turn out for elections in Nigeria has been low, with just 31.7million of the 67.4 million registered voters coming out to cast their votes during Nigeria’s 2015 election.

Global Shapers Community, Lagos Hub is leading the charge to be a positive force of change during this election by encouraging registered voters to go collect their PVCs and most importantly come out in their numbers to vote on Election Day.

The ‘Vote for Nigeria’ campaign is a pledge to take a stand to improve the state of our nation by voting.

Join us and take a stand to #VoteforNigeria