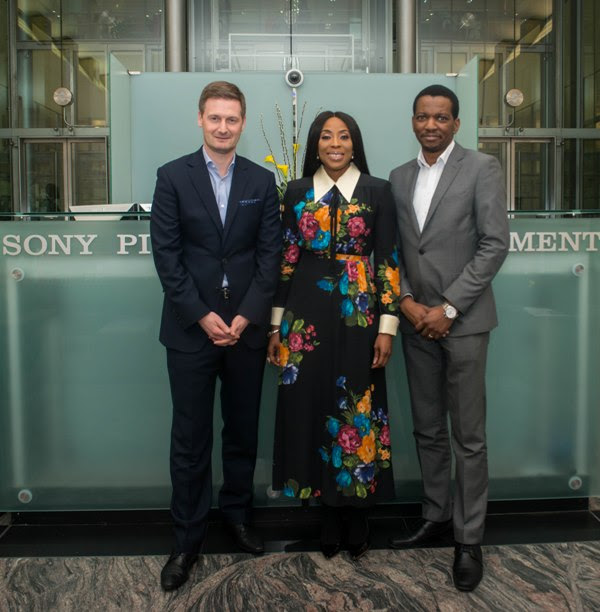 The three-project deal, the first of its kind between SPT and a Nigerian production company, will also include a TV series inspired by the Dahomey Warriors, and all will be distributed internationally by SPT.

The action-packed series, inspired by true events that took place in the West African Kingdom of Dahomey, will tell the empowering story of the all-female Warriors and show the ultimate strength of women coming together, fighting to protect and honour their people. Development on the Dahomey Warriors project will start immediately with further details of the two additional projects to follow.

Mo Abudu, Chief Executive Officer, EbonyLife Ltd said: “Ever since our launch in June 2013, our vision has always been to change the narrative about Africa and to tell our stories from our perspective. We have invested in the creation of quality programming and the development of our people and their ideas. It is this ethos that has given us the opportunity to partner with a world-class organisation like Sony Pictures Television. Now we have the opportunity to bring the fascinating story of The Dahomey Warriors, and many others like it, to audiences around the world. It has been hard work getting here, but that’s what we are known for at EbonyLife. As I always say, ‘If you can think it, you can do it’.’’

Wayne Garvie, President, International Production, Sony Pictures Television said, “Mo Abudu is one of the most formidable and creative figures in Nigerian television, and with EbonyLife her and the team are creating something that is truly ground-breaking and extraordinary. Our aim is to help EbonyLife create a portfolio of African content that will fulfill their aim of being one of Africa’s prime creators of premium content.”