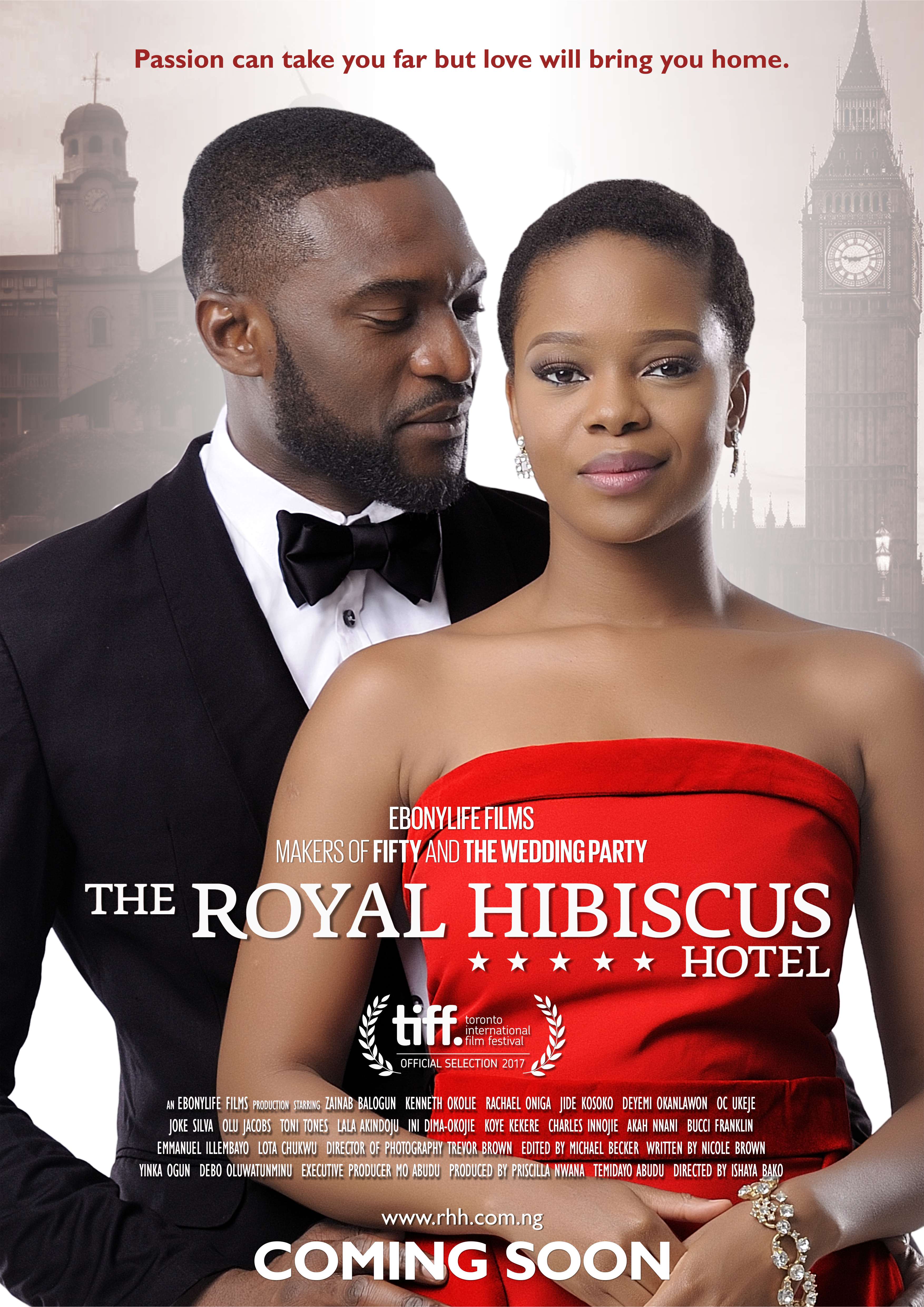 A charming, new romantic comedy from EbonyLife Films, The Royal Hibiscus Hotel, will be screened for the very first time at the Toronto International Film Festival (TIFF) in September 2017. The movie is the only Nigerian selection and one of just three African features in the Contemporary World Cinema category, which spotlights forty-eight of the best new films worldwide.

Set in Lagos and London, The Royal Hibiscus Hotel tells the story of a disillusioned London chef, ‘Ope’, who returns to Nigeria and discovers that going home can bring unexpected surprises. This is director Ishaya Bako’s second feature, following his debut, The Road to Yesterday. The cast includes Zainab Balogun, Kenneth Okolie, Deyemi Okanlawon and O.C. Ukeje, with veteran actors Rachel Oniga, Jide Kosoko, Olu Jacobs and Joke Silva, many of whom are expected to join the director in Toronto for the screening.

The soundtrack features a score by award-winning musician, Cobhams Asuquo, and songs by leading Nigerian artistes including, Romeo and Juliet by Johnny Drille; Chemistry by Falz and Simi; Skintight by Mr. Eazi; and Tonight, Ocean and Radio by Nonso Amadi.

Mo Abudu, Executive Producer, is thrilled about the upcoming premiere. “The Royal Hibiscus Hotel has been a passion project for me –  the chance to tell an intimate story that has heart and soul, and explores romantic love in the older and younger generations. The film addresses some of the challenges around communication in relationships, while managing to be funny, warm and entertaining. Many of us have forgotten what it feels like to fall in love – I hope The Royal Hibiscus Hotel re-ignites this feeling in us all,” she said.

Receiving such a significant accolade is important because it identifies the movie as a quality title. It is the second time an EbonyLife film has been chosen for TIFF, the world’s most important publicly attended film festival. The first was for the blockbuster, The Wedding Party, which went on to become the highest-grossing Nigerian movie of all time.

The TIFF premiere of The Royal Hibiscus Hotel is good news for filmmakers in Nigeria and the continent – and provides further confirmation that positive African stories are attaining global recognition, which is indicative of improved scripting and higher production values.

Major Nigerian bank, Fidelity and Guinness Nigeria Plc are keen supporters of the film. According to Adenike Adebola, Guinness Nigeria Plc’s Marketing Director – Guinness, Spirits and Reserve, “Johnnie Walker celebrates the journeys of the Nigerian Film Industry. For us, the selection of The Royal Hibiscus Hotel to screen at TIFF represents even more of the inspiration that abounds within the next generation of storytellers in Nollywood. We are fully vested in our belief that our films have a rightful place on the global stage.”

Charles Aigbe, Divisional Head, Brands & Communications, Fidelity Bank was equally pleased of the association. “We are proud to be partnering with EbonyLife Films on changing the Nigerian and African narrative,” he said.

The 2017 edition of The Toronto International Film Festival will take place from September 7-17. The Royal Hibiscus Hotel is scheduled for release in February 2018.