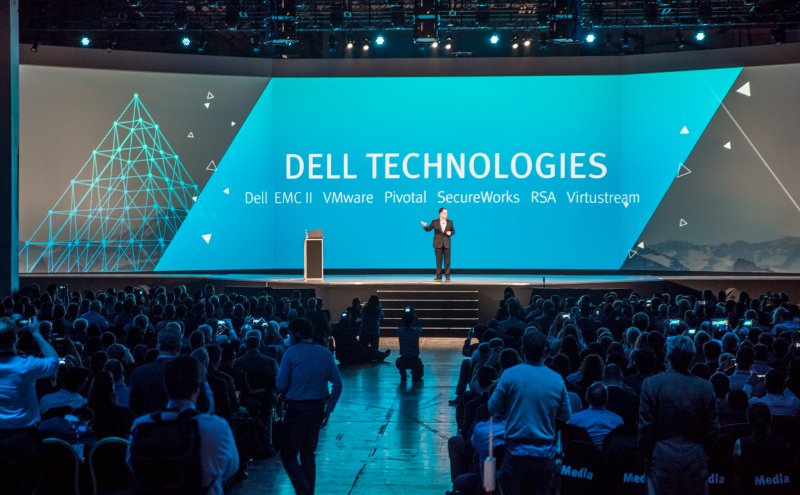 Dell Technologies, the world’s largest privately-controlled technology company, celebrates the first anniversary of its formation through the historic merger of Dell and EMC. In its inaugural year, the company formed a unified Dell and Dell EMC salesforce and created a $35 billion Dell Technologies channel and global channel program that added 10,000 new business customers to the Dell EMC portfolio. In addition, Dell EMC experienced explosive revenue growth (nearly double historical rates) in underpenetrated1 accounts in the first half of 2017, fueled by cross-selling of server, storage, client and converged infrastructure solutions.

Dell Technologies accomplished these milestone achievements while rapidly paying down approximately $9.5 billion in debt, quickly completing three major business divestitures and continuing to invest aggressively in the most innovative technologies for customers. As evidence of early traction, a new independent IDC survey reveals that 91% of customers surveyed worldwide believe Dell and EMC have delivered on the promises made to them ahead of the merger.

Dell Technologies also is announcing that GE, the world’s largest digital industrial company, has signed a multi-year commitment to use Dell Inc. infrastructure and end-user computing solutions to support GE’s ongoing digital transformation efforts. Under the agreement, Dell Inc. becomes the primary IT infrastructure supplier for GE. The deal is one of the largest non-government contracts in Dell Technologies, Dell or EMC history.

Dell Technologies also is releasing its Annual Report to Customers, demonstrating how the company has helped customers in the past year to achieve their peak potential in the digital future.

“We set the bar high and exceeded our own expectations,” said Michael Dell, chairman and chief executive officer of Dell Technologies. “We’ve made enormous strides this past year in serving the needs of our customers, from governments to fast-growing small businesses to many of the world’s largest enterprises who call Dell Technologies their most strategic IT partner. And we’re just getting started.”

The Dell Technologies family of businesses includes Dell, Dell EMC, Pivotal, RSA, SecureWorks, Virtustream and VMware. It stands as a $74 billion4 market leader with the industry’s most expansive portfolio from the edge to the data center to the cloud.