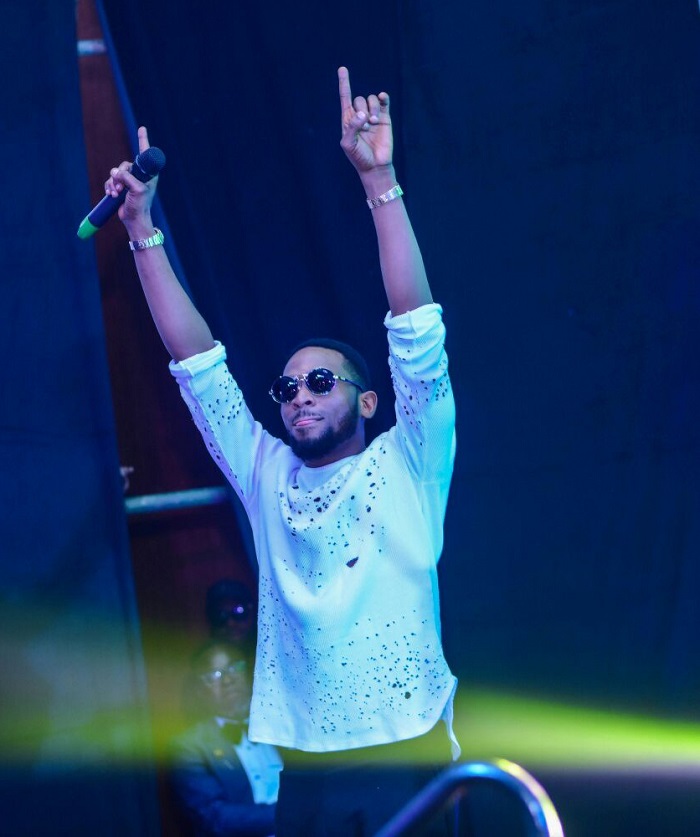 Not exactly the Osina Wata title he mentioned in his 2008 hit track, Igwe but it’s something close to it.

D’banj has been conferred with the chieftaincy title, The Enyi Ka Nwanne of Amuzi Obowo in Imo state.

Although we’re not exactly sure what that amounts to or the demands of his title, D’banj seems pretty pumped about it and could hardly hide his emotions from Instagram.

Are you ready for Banky W and Adesua Etomi’s wedding documentary?

New couple, Banky W and Adesua Etomi (no, we are not yet accustomed to addressing her as Wellington) are clearly not done dominating social media conversations.

One more sleep and you’ll be able to watch their wedding documentary as a special on DStv. Like we didn’t get enough on Instagram and Twitter barely two months ago.

For all the details you may have missed, all the BTS drama and more of all that fanciness that characterised their wedding, you can tune to Africa Magic Showcase and Urban (DStv channel 151 and 153) on Saturday and Sunday, 6th and 7th January.

The Nigerian Military was said to have secured the release of another of the hundreds of Chibok girls that were captured by terrorist group, Boko Haram nearly four years ago.

Only that this time, the news was met with doubt, disbelief and mistrust from Nigerians. Sure the details of the girl’s release had holes; for example, FG claims she’s 14 years of age. How that adds up considering the captured girls were writing their WAEC exams at the time of the incidence beats all of us?

Here’s how Nigerians reacted though:

This is the cutest thing we found on Twitter today

Kids are the easiest to trick and it almost hurts how cute they can get. Just look at this one:

LOL! Who will tell him his mum lied?