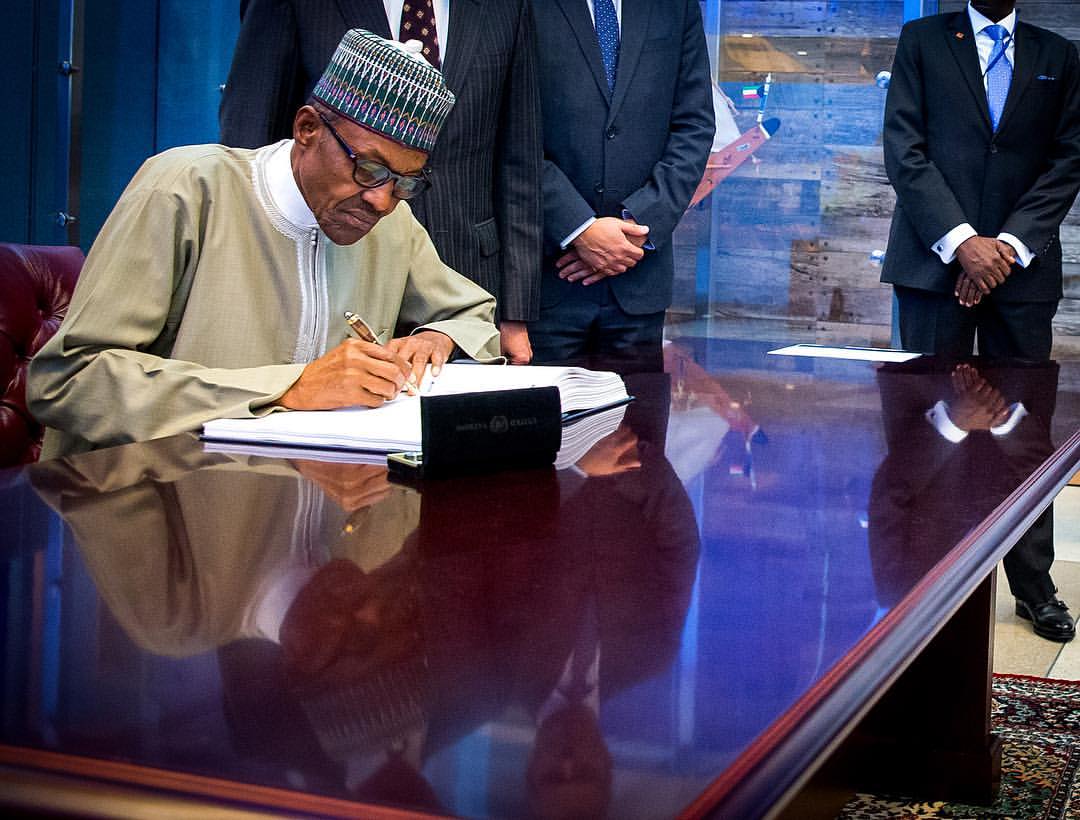 For jet set readers who consume news on the go – those who want news items served straight to their smartphones, tabs, and other gadgets –NigeriaPressLog brings you The Daily 5.

President Muhammadu Buhari on Tuesday said any Nigerian who wants to leave the country is free to do so. Buhari said this when he received Niger Delta leaders.

Iyanya joins Don Jazzy’s Marvin Records
In a twist of events following his exit from Triple MG, Nigerian pop singer, Iyanya, has announced that he has officially signed with Mavin Records.

The artiste made the announcement with the release of a new song featuring Don Jazzy and Dr Sid, titled Up 2 Sumting, the new song, which is produced by Mavin Records’ Don Jazzy, was released on Monday, which happens to be the singer’s 30th birthday.

Malam Gimba Ya’u Kumo, who recently got married to the second daughter of President Muhammadu Buhari, is currently being investigated by the Economic and Financial Crimes Commission for an alleged N3bn fraud.

Moyes admitted using abusive and/or insulting words towards a match official and accepted the standard penalty, which includes an £8,000 fine.

With Glo Borrow Me Data, subscribers can borrow Data credit of up to 2GB whenever their data bundles are exhausted or in cases of unsuccessful subscription bundle activation due to low balance.