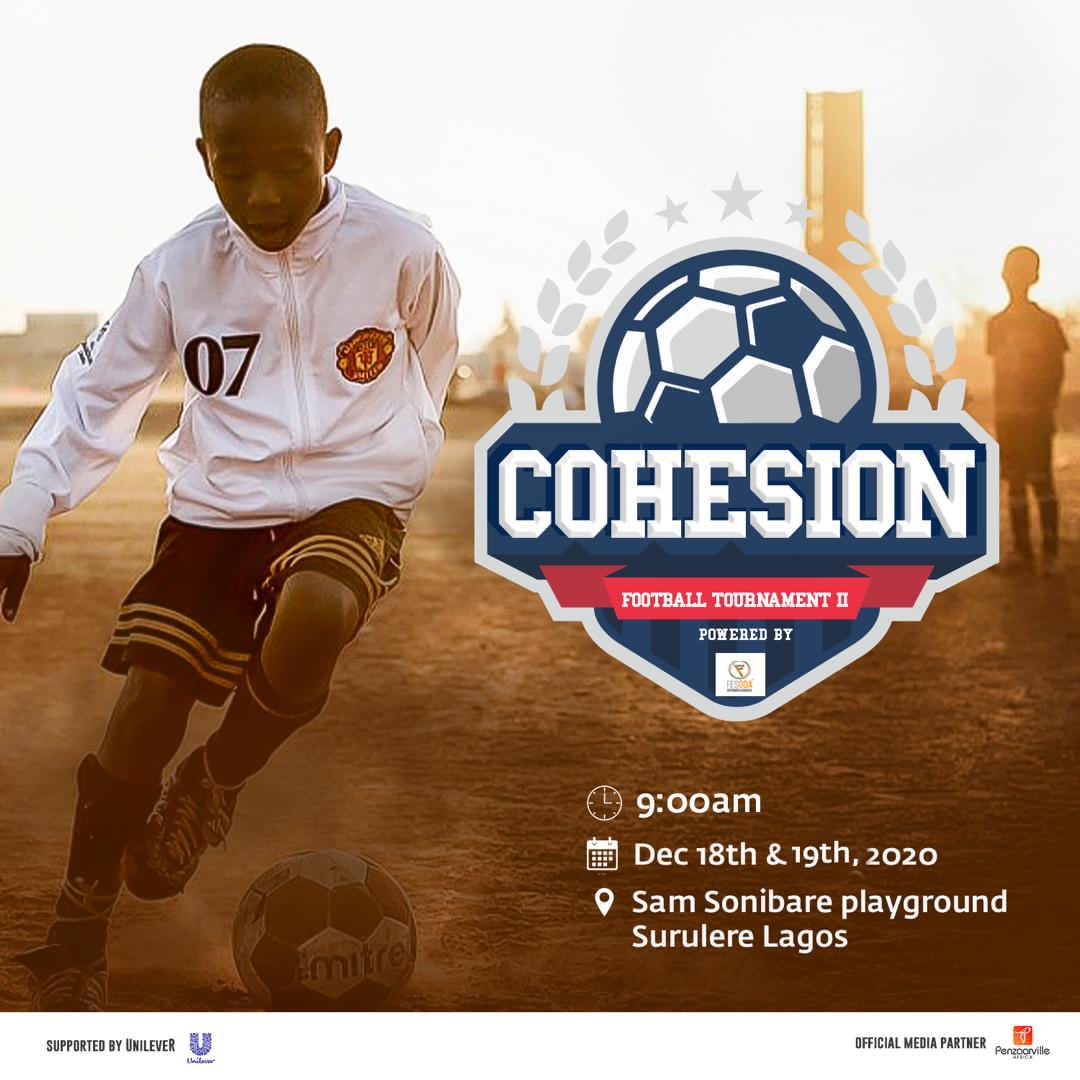 Organisers of the annual Cohesion Football Tournament (CFT) have announced the second edition of the event scheduled to take place on 18th and 19th December 2020 at the Shonibare Field, Surulere, Lagos.

The tournament is a 2-day social event aimed at engaging at-risk children between the ages of 9-13, who live within the Surulere/Mushin local government areas.

Cohesion Football Tournament is a social initiative designed to enlighten and mentor the next generation of teenagers and empower them with the core values, knowledge and skills necessary to unlock their full potential as leaders. The programme aims to achieve its stated goals through a year-long mentorship programme that begins with a football tournament.

“This year has been a long and trying year for many people, particularly people of lower-income who have faced severe economic declines due to the pandemic and other social issues,” said Damilare Obagbemi, convener of the Cohesion Football Tournament. “It is an opportunity to lift the spirits of community members while engaging children in a productive programme that will empower them and steer them away from social vices.”

Cohesion Football Tournament is targeted at pre-teens living in areas with statistically high rates of unemployment, at risk children, substance abuse, and crime. It will feature talks by renowned Nigerian footballers and an award session where winners of the tournaments will receive their trophies and other recognitions.

Participants in this tournament must live within the Mushin/Surulere local government area, come from a socio-economically disadvantaged background, and fall into the definition of ‘at-risk children’. All players and supporters will also be gifted goody bags in celebration of the festive season. This event is supported by Unilever Plc. with Penzaarville as the official media partner.