Sign in
Home LATEST STORIES ENTERTAINMENT Chimamanda Adichie to appear as guest on The Daily Show with Trevor... 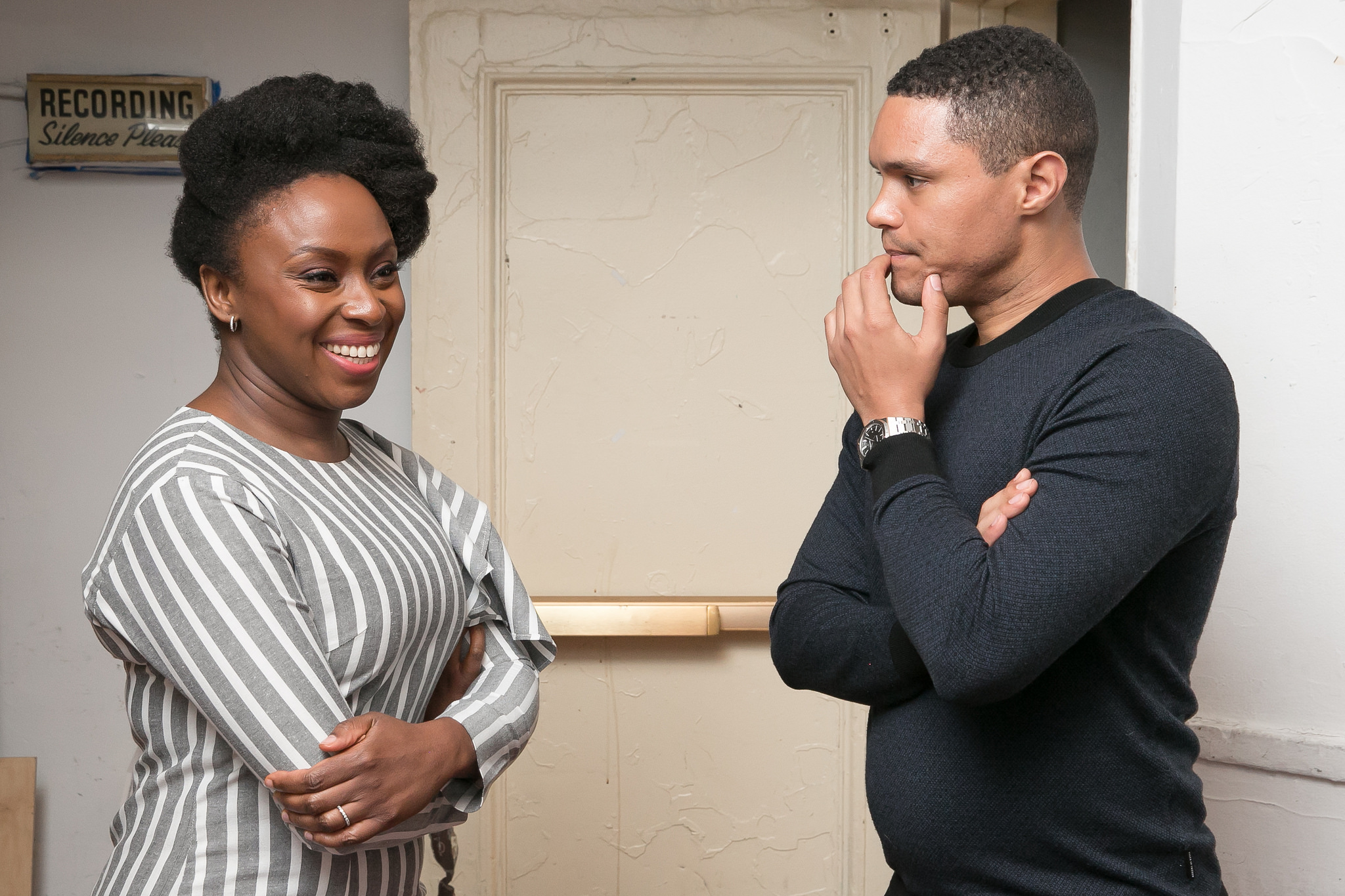 Nigerian novelist, Chimamanda Ngozi-Adichie has been announced on the lineup of guests for comedy talk show, The Daily Show with Trevor Noah. She will appear on the show at 11 pm US Eastern Time on Wednesday, 6th June 2018.

In 2017, Adichie and Noah sat together at the PEN World Voices Festival to discuss Donald Trump, identity in Americ and art.

Also in that same year, Noah credited Adichie for his feminist awakening. The South African comedian said in an interview “I had this skewed idea of feminist: I thought it meant being a woman who hates men. When I read Chimamanda Ngozi Adichie’s We Should All Be Feminists, I was like, ‘Oh, this is what my mom taught me. This is simple. I don’t understand why everybody is not this.”