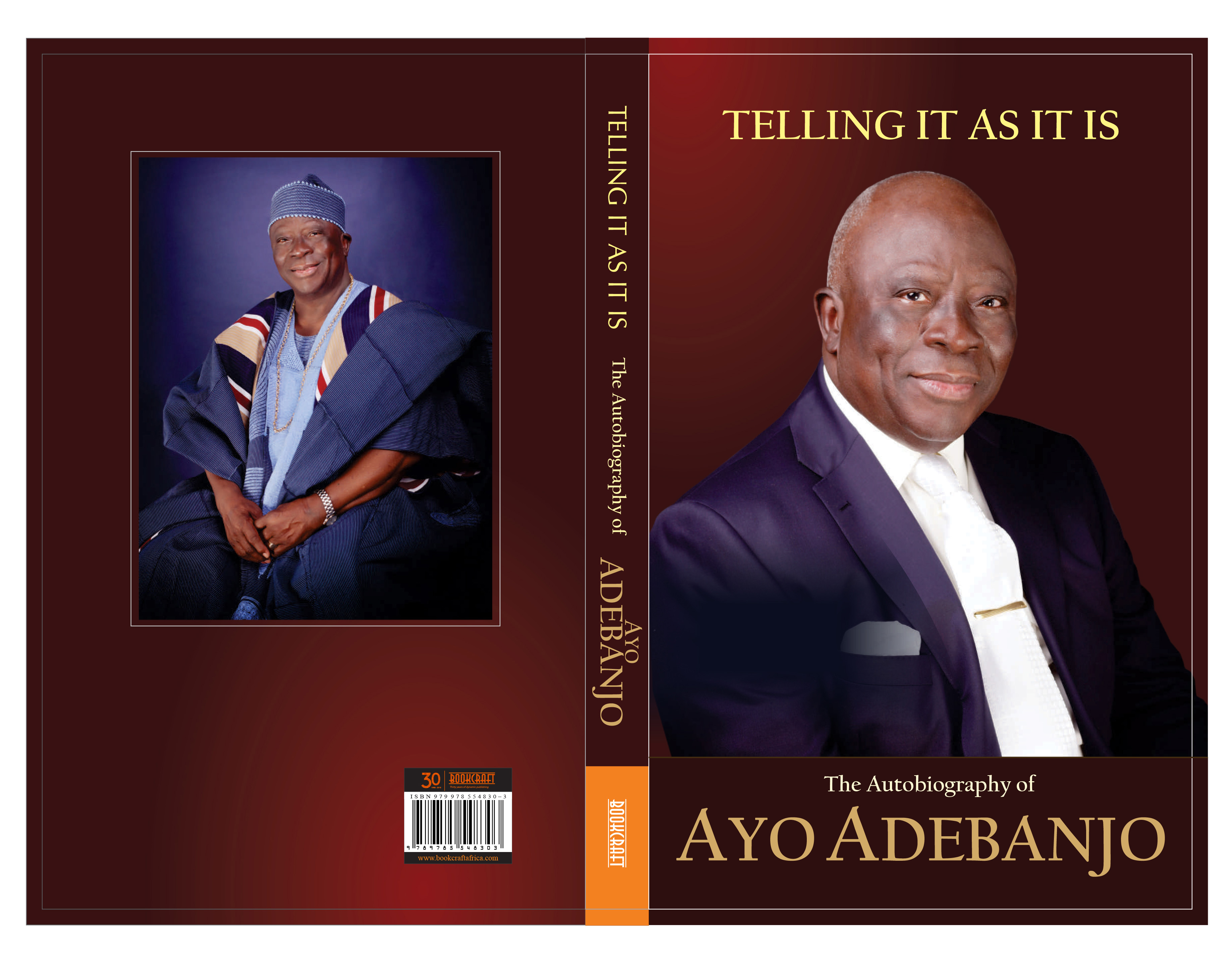 Elder statesman and one of Nigeria’s leading voices, Chief Ayo Adebanjo, is set to unveil his thought-provoking autobiography titled ‘Telling It As It Is’.

The 24-chapter book is an expression of Chief Adebanjo’s inner thoughts, experiences and the aspirations and challenges of the ‘Awoist’ philosophy. It is scheduled to be launched at a symposium on Tuesday, 3 April 2018 at Harbour Point, Victoria Island, Lagos

In a statement, Chief Ayo Adebanjo explains that the book reflects stories that have been told in response to pressures and requests by contemporaries, friends, and younger Nigerians – a narrative about growing up in a world of struggles, determination, perseverance and persistence.

“I have had the grace and privilege of experiences from the past 89 years and those years have taught me lessons worth sharing. These years have taught me significant lessons; chief of which are loyalty to a leader and commitment to a cause. And for me, loyalty is not blind, even though it has been total and undiluted. The book is about a life of travails and triumphs; an admixture of failures and successes – so no embellishments, no cover-ups, no exaggerations and superlatives, and no concoctions,” he said.

The author also explained that the book traverses several phases in the evolution and development of Nigeria, the political infrastructure in a nation struggling to establish itself, and the roles of several individuals and leaders who have been part of the country’s historic evolution.

Chief Ayo Adebanjo, one of Nigeria’s great nationalists, has been actively involved in politics since 1951 with the formation of the Action Group Youth Wing. He has dedicated his life to fighting for a better Nigeria, establishment of true federalism, and national restructuring.