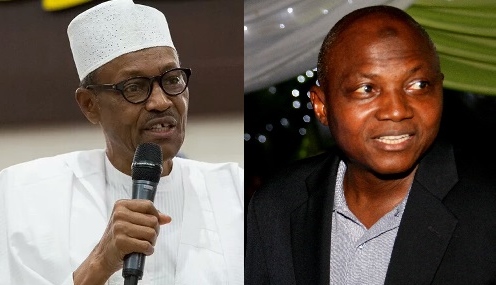 Garba Shehu is not pleased with media coverage of Benue killings

Senior Special Assistant to the President on Media and Publicity, Garba Shehu is far from pleased about how media organisations are reporting the Fulani herdsmen attacks in Benue.

In a press briefing earlier today, he told newsmen to their faces that their reports were not only unfair and unfortunate but promote hate speech too.

He also made reference to opinion articles and columns that held tendencies of “inciting the public to actions that will have gory consequences for the entire nation for generations to come”.

While asking that columnists be called to order, he also emphasized that “Calling him (President Buhari) a murderer is not only grossly disrespectful but unfair, especially when the President has written a letter to the Senate detailing his efforts to quell the crisis in Benue State,…”

As part of her 60th birthday celebration, talk show host, Ellen Degeneres surprised her studio audience with $1 million to thank them for completing the One Million Acts of Good campaign.

In announcing the gift, Ellen told the audience members to look underneath their seats for a box of Cheerios and everyone found theirs.

She then proceeded to tell them they would all be sharing the next gift as she revealed it’s the biggest she had ever given anyone.

“Hold onto your Cheerios because all of you are splitting one million dollars!”, Ellen said to a screaming excited audience.

Just look at how shocked they were:

You will not believe who caught the Ebuka bug

Apostle Suleman of Omega Fire Ministries and chief character of the Stephanie Otobo saga was pictured putting his best foot forward in his own version of Ebuka’s highly-famed agbada.

Who wore it better?

We don’t know what this Twitter user is saying; we think the apostle killed it, literally!

Do you ever feel like your adversaries are constantly tailing you?

This Twitter user came across a man who feels exactly that way.

As funny as this may seem, we hope this man either gets delivered from the prison that is his mind or from the shackles of his enemies…