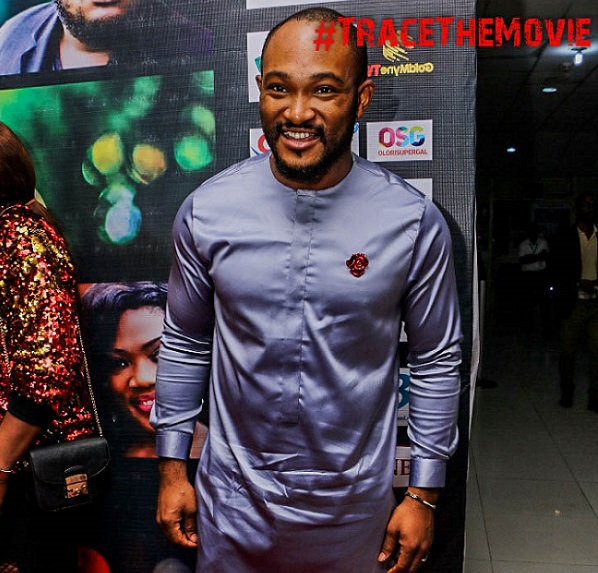 The screening had in attendance the cast and crew of the movie including Blossom Chukwujekwu, Bayray Mcnwizu, Gregory Ojefua, David Jones David, Olu Alvin and Yinka Pearce who all came out to support the producer as well as hang out with fans and invited guests.

The Movie tells the story of a young couple Uyi (Blossom Chukwujekwu) and Ivory (Yvonne Enakhena) who, on the day of their wedding anniversary, receives mysterious packages which lead to the revelation of dark secrets from their past and threatens their marriage.

Directed by Olu Alvin, Trace the movie will be showing in Cinemas from July 28, 2017.

See photos at the private screening below: