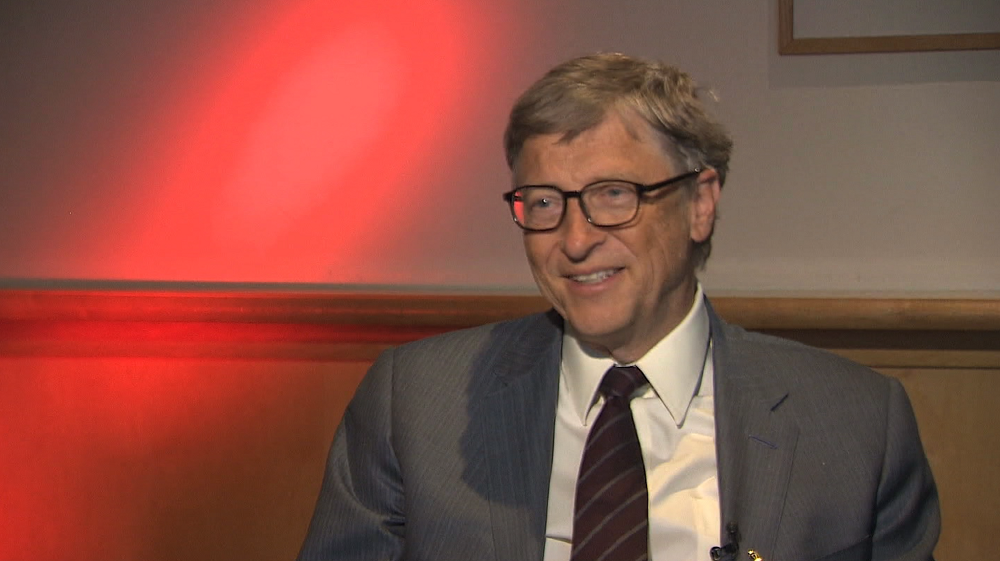 Following the announcement that the Bill & Melinda Gates Foundation will deliver 100,000 chickens to some of the most poverty-stricken areas of Africa, co-founder Bill Gates sat down for an interview with Eleni Giokos for ‘CNN Marketplace Africa’.

Founded in 2000, the Bill & Melinda Gates Foundation aims to reduce poverty, enhance healthcare, expand education and provide access to technology across the world. In the last 15 years, the foundation has invested more than $9 billion in Africa alone.

On ‘CNN Marketplace Africa’, Gates is asked whether the initiative to deliver chickens will also impact the future monetary value of these locations in the future.

Gates explains to Giokos: “Yes, the culture work we do is to improve livelihood and improve nutrition. The chickens are a good example. If a woman gets some chickens then it’s the eggs… Some of those are being eaten in the household for the kid’s nutrition, some of them are sold in the market. So that you have better finances for school fees and things and amazingly the amount of work once you have the right chickens can be quite modest.”

Turning towards Gates’ other work, Giokos asks about his work with power supplies, and questions how this impacts the foundation’s work in Africa.

Gates explains to Giokos: “Africa has two big problems. One is that most Africans don’t have reliable electricity. In fact the population has increased twice enough that there is more people with less electricity today than 20 years ago… Also for Africa the effects of climate change the power systems in other countries are making it tougher for the primary occupation which is agriculture and growing food.”

Gates also discusses the Bill & Melinda Gates Foundation’s aim to eradicate polio: “Once we have the last case they wait three years to certify us so then you lock as you get to 2020 it becomes the second disease ever to get completely eradicated. Certainly within my lifetime… We are understanding more, each of our successes helps us be smarter about the next one. Cutting child to death in half again it went down in half 1990 to 2015 from 12 million a year to six million. We are going to cut it in half again over the next 15 years. So the goals like that are what excite me and draw me into all the foundation world.”

Watch the video below: