Sign in
Home FEATURED Between the Nigerian Police, Saraki and the Offa robbers; Leroy Sane not... 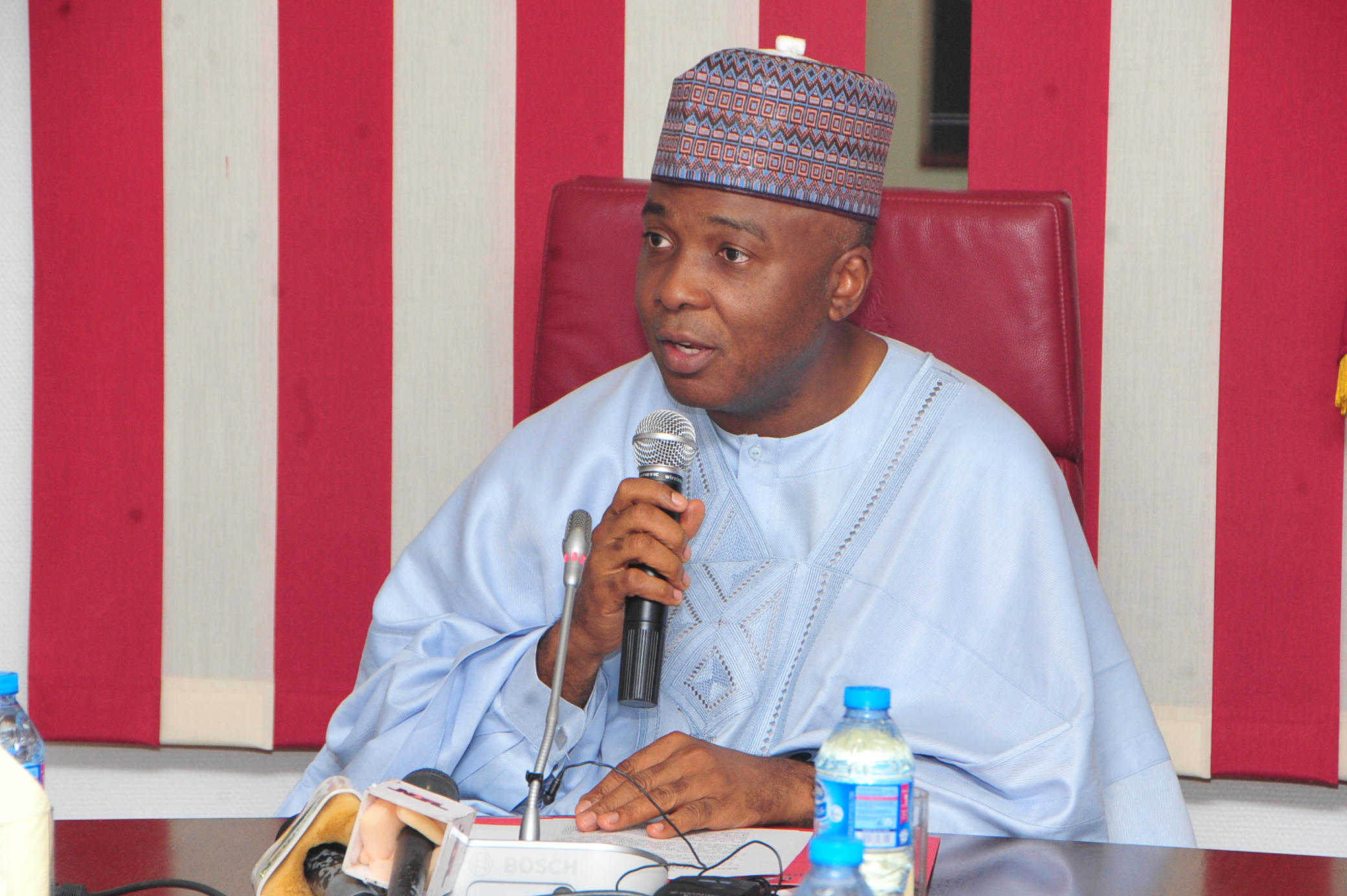 Between the Nigerian Police, Bukola Saraki and the Offa robbery attack

On Sunday, the Nigerian Police Force announced that Senate President, Bukola Saraki had been invited for questioning in connection with the bank robbery that led to the death of about 33 people including 9 police officers.

The Senate President’s name had been mentioned by the suspected leader of the gang who said he was a thug who had worked for Saraki since he was governor of Kwara state.

In an audio interview that was released earlier today, the suspected gang leader confessed to being Saraki’s thug but denied his involvement claiming “they did not send us for the robbery but because we are their political thugs, that’s what led us to the robbery.”

Following the announcement made by the police spokesperson to probe Saraki, he tweeted:

I have just informed my ADC to get the letter of invitation from @PoliceNG in respect of the allegations raised yesterday — so that I can immediately honour the alleged invitation.

Later in the day though, the police retracted the intention to probe the Senate President but instead requested that he responds to the allegations in writing.

Really, it doesn’t make sense to me what the IG claims against Saraki. It’s not about liking anybody or not, but it doesn’t just make sense.

The scenerio isn’t even good enough for a movie. There is need for a serious intervention from the highest office.

If Saraki is innocent, the case will fizzle and disappear once it no longer has political relevance.

If Saraki is guilty, the case will fizzle and disappear once it no longer has political relevance.

Nothing in this is about justice, it’s all politics. Don’t lose your sleep.

So Bukola Saraki, a two-time Governor of Kwara and now a Senate president with his ‘boy’, Ahmed as serving Governor and his wife, a daughter of the famous Ojora family of Lagos does not know where to raise money and decides to arm some boys to rob a bank in Offa,Kwara. Any sense?

I do not sympathise with Saraki or any other legislator reportedly being hounded by the police. They were wilfully deaf when Nigerian youths were screaming about being harassed

This Offa bank robbery and Saraki indictment is dirty politics gone too extreme.

German footballer, Leroy Sane is not going to the World Cup and we all think that’s insane

Football enthusiasts are in shock after Germany today released their final 23-man squad for the 2018 World Cup in Russia and one of its best players was omitted.

Leroy Sane is an impressive player who has had a fantastic with club side, Manchester City and even winning a Premier League title, also earning himself a PFA Young Player of the Year award.

Although German coach, Joachim Loew admits Sane is a talented player, he says the Man City winger “in his games with the national team… hasn’t quite done the business.”

The reactions on social media are quite hilarious:

Must be some World Cup squad Germany have got if they can leave out Leroy Sane.

No Leroy Sane?
Germany is disrespectful.

But this one is apt:

No Sane? Not sane.

Can you really be successfully romantic in Nigeria?

How you want to be with bae:

Do you ever just want to sit outside with someone and talk all night? Literally All Night

But the harsh realities keep haunting you:

Depends on the mosquitoes in that area bruh. Malaria can hinder true love. https://t.co/JrtIQ3TUii