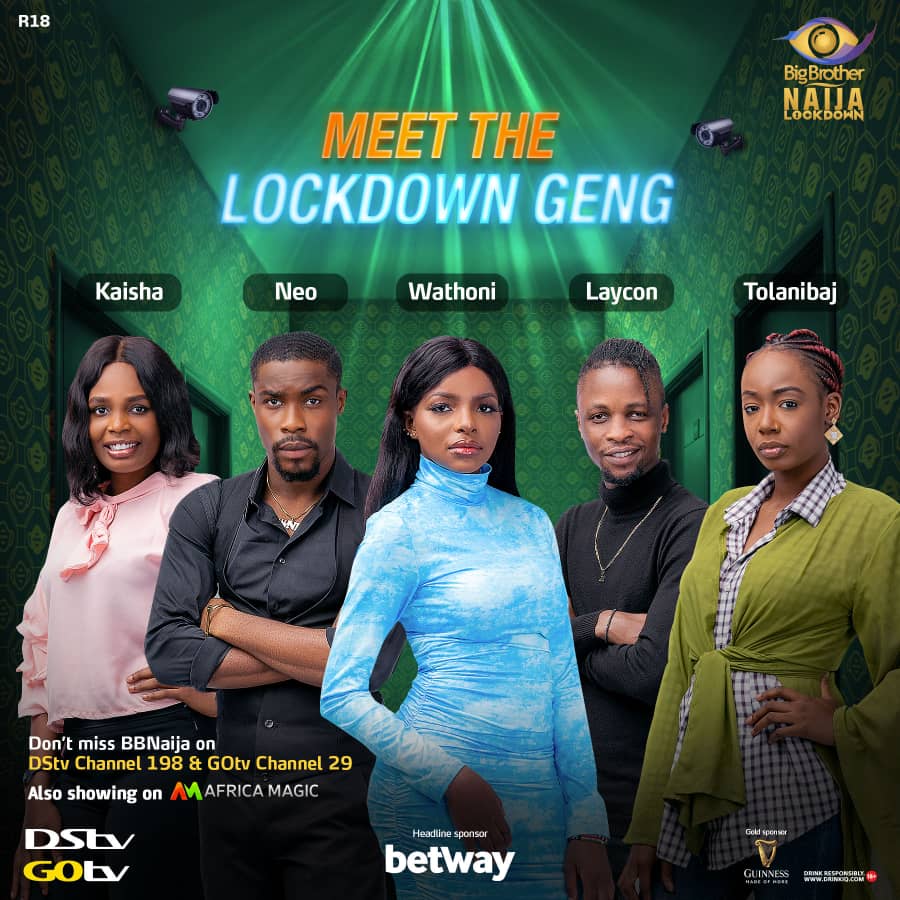 The much-awaited fifth season of BBNaija themed ‘The Lockdown Edition’ officially kicked off on Sunday, July 19 and it was everything we expected and more.

Returning host, Ebuka got the show rolling by taking viewers on a tour of the house before introducing the 20 housemates who will be vying for the N85m grand prize.

The housemates are exciting, adventurous, unique, daring and poised to give viewers a good show for the next 71 days!

Here are your Housemates:

A fresh twist this season is the Lock-in competition which gives fans the ability to lock-in a favourite housemate who they think will win the show. The lock-in period will be open from Thursday, July 30th till Monday, August 3rd and will be available on MyDStv and MyGOtv apps.

Big Brother Naija season 5 airs 24/7 on DStv channel 198 and GOtv Max and Jolli on channel 29. Sign up to DStv today via www.dstvafrica.com or get GOtv Max or Plus on www.gotvafrica.com. Also, you can download the MyGOtv and MyDStv apps for more self-service options.

Betway is the Headline sponsor of BBNaija season 5 and the Gold sponsor is Guinness.

To keep up with all updates on the show, visit www.africamagic.tv/bigbrother. You can also follow the official Big Brother Naija social media pages for news and updates with the hashtag #BBNaija on Twitter @bbnaija, Instagram @bigbronaija and Facebook www.facebook.com/bigbrothernaija as well as all verified social media pages of DStv Nigeria, GOtv Nigeria and Africa Magic.