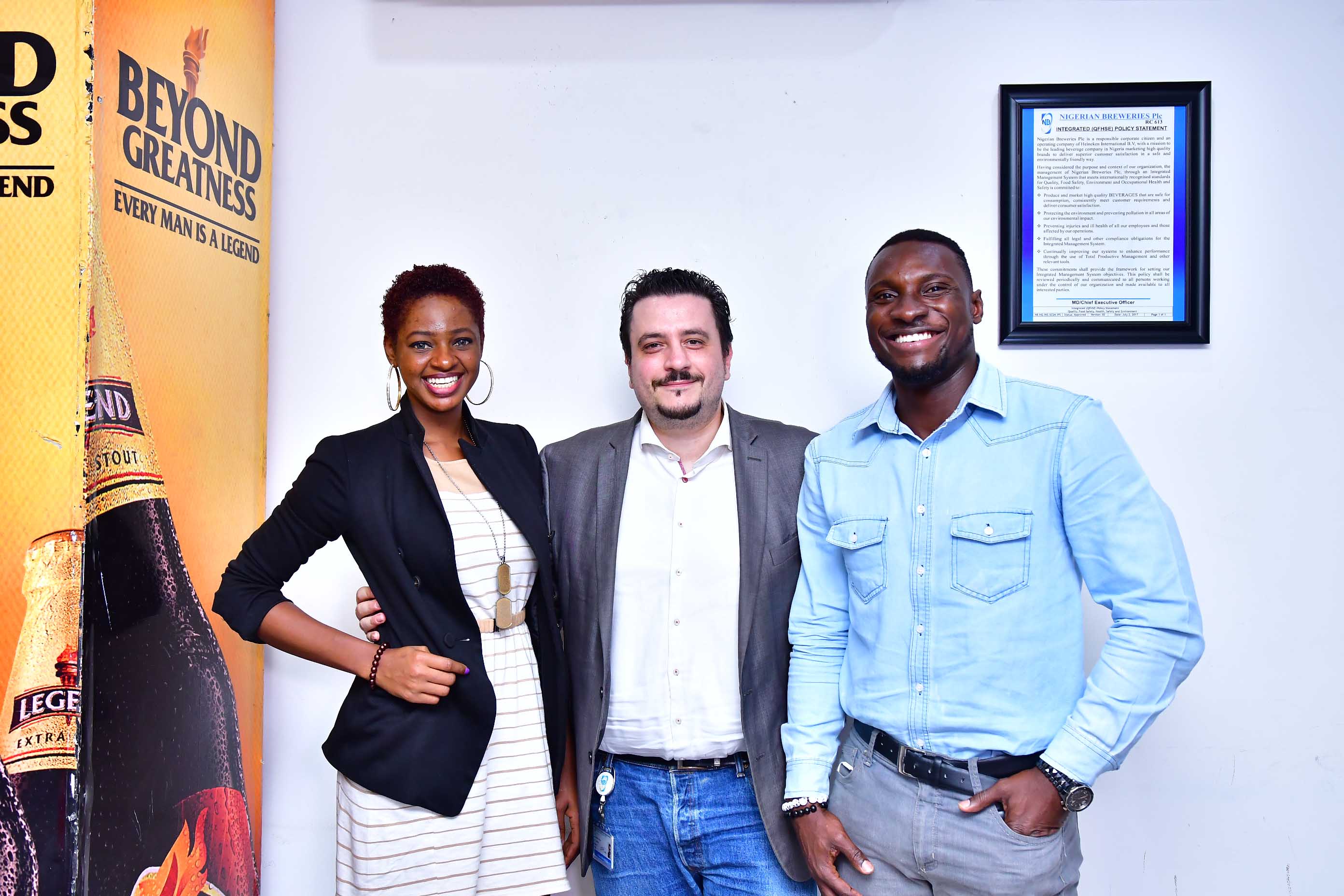 Former Big Brother Naija housemates, Ahneeka and Angel, the strategic pair who were recently evicted from the show have returned to the country. The pair who were the third to leave the show paid a courtesy visit to the Nigerian Breweries Headquarters on February 9, 2018.

Filmmaker and guitarist, Angel said he would engineer more disputes and would pretend more if he had the opportunity to go back to the house.

On their future projects, Ahneeka said she will embrace every opportunity that comes her way as she continues her career as an on-air personality. Meanwhile, Angel disclosed that his upcoming movie and music album would be revealed soon, adding that a phone company is also in the pipeline.