Sign in
Home LATEST STORIES ENTERTAINMENT AWCA and Contrast host public screening of Oil in Our Creeks, a... 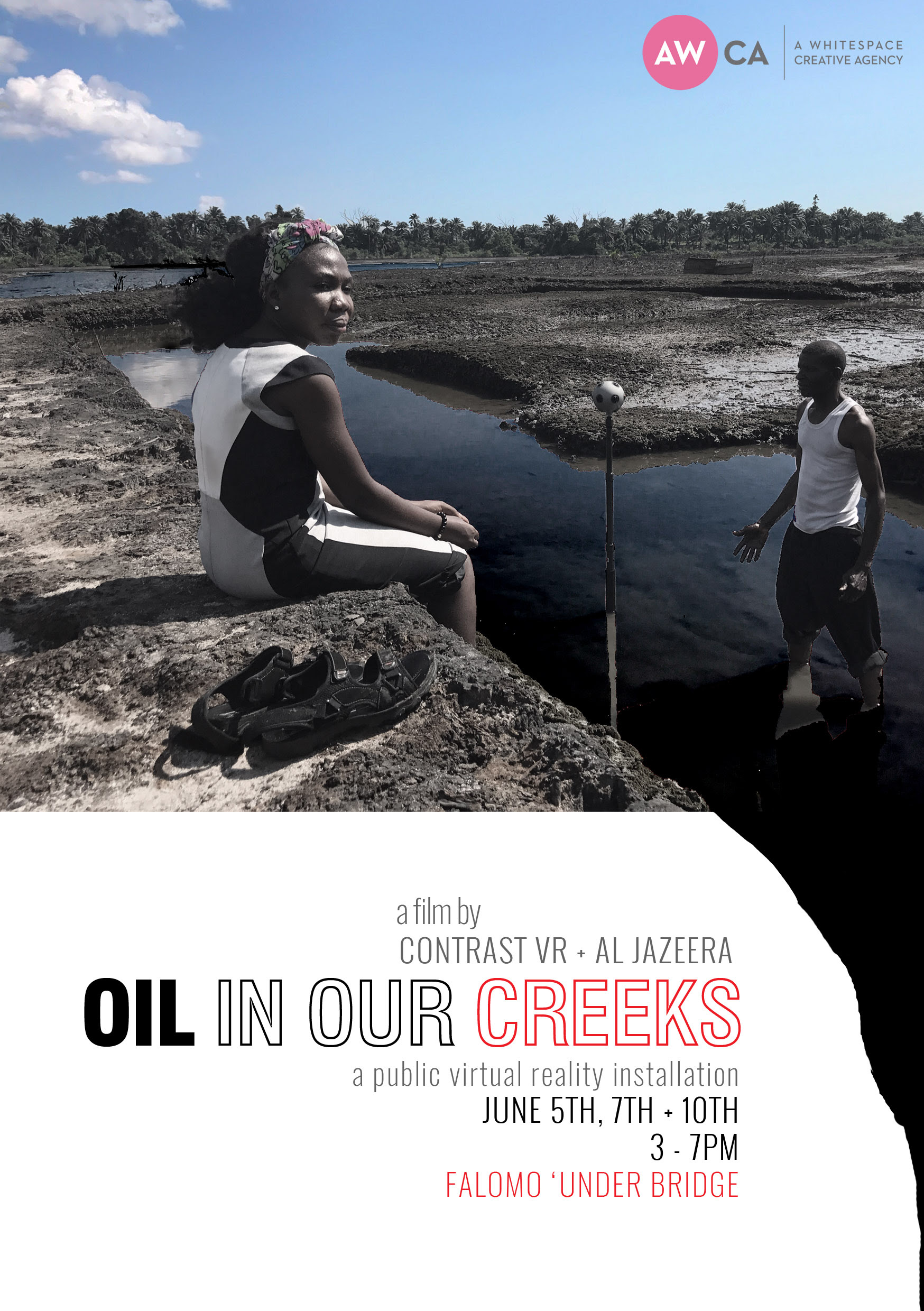 In honor of World Environment Day, A Whitespace Creative Agency (AWCA) has announced that Oil in Our Creeks will be screening publicly on June 5, 2018, at the Falomo Roundabout Under-bridge.

Directed by Contrast Editorial Lead Zahra Rasool and co-produced by Rasool and Uzodinma Iweala, author of Beasts of No Nation, Oil in Our Creeks is the second film in a series of original documentaries that transport viewers to the people and cultures hit hardest by inequality and conflict. Sustainability International, a nonprofit working to alleviate poverty and corruption with technology, assisted in production. The film was painted and animated by VR artist, Angela Haddad of One Third Blue.

The documentary follows the story of Lessi Phillips, who was only 16 years old when a Shell pipeline running under the creeks of the Niger Delta burst in her village, pouring oil into the swamps for 77 days. The oil spill devastated the local fisheries and farms, and plunged a once-thriving community into a downward economic spiral. The film follows Phillips through Bodo City almost 10 years later as she shows viewers how the environmental disaster impacted her community, and how the youth work to revive hope.

AWCA invites the public to an immersive viewing experience, which seeks to raise awareness of environmental issues within Nigeria, and how they have an impact on everyday Nigerians. As we celebrate World Environment Day in Nigeria, AWCA Creative Director Papa Omotayo, “hopes people will be able to interact with issues they might not have enough knowledge on, and also be encouraged to contribute to the larger conversation around environmental issues affecting their own communities.”

“The environmental disaster in the Niger Delta has been reported on for the last 20 years,” said Zahra Rasool, Contrast’s editorial lead. “We wanted to find a new way to retell this important story. We divided the 360-degree screen into 180 degrees of live-action footage and juxtaposed the other 180-degree section with animated versions of Lessi’s recollections, detailing what the village looked like before the oil spill. We immersed audiences deeper in the story so they could powerfully experience the scale of devastation in the community.”

The virtual reality screenings will take place on June 5th (Tuesday) and 10th (Sunday) at Falomo ‘ Under Bridge’ public space.