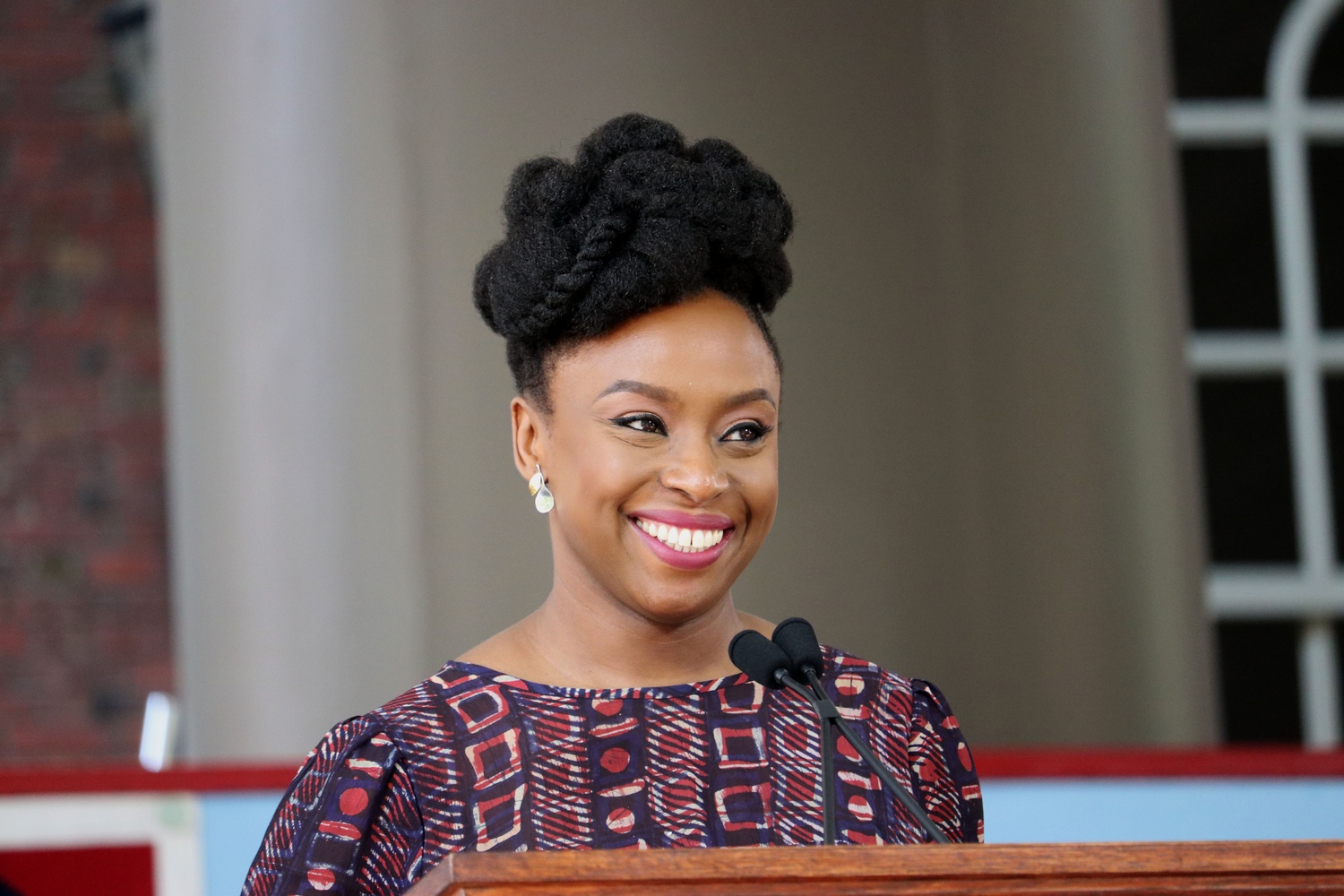 Chimamanda Ngozi Adichie just became the first African ever to deliver the Harvard University Class Day Speech which is a major feature of the university’s annual graduation events. Class Day speakers are selected by the students themselves.

Chimamanda’s speech on Wednesday at Harvard, included the importance of seeking to tell the truth in today’s world. She also spoke about while it is very important for people to be outraged, that it is crucial for one to understand the context in which an event took place or a statement was made- and the intent of the protagonist or speaker- before becoming offended or outraged. She exhorted the graduating students to be courageous in speaking the truth, as it may often mean that one is criticised for it, but that they will be able to gain true satisfaction from having maintained their integrity.

‘There is nothing more beautiful than to wake up every day holding in your hand the full measure of your integrity,’ she said. She received a standing ovation from the audience of approximately eight thousand people.