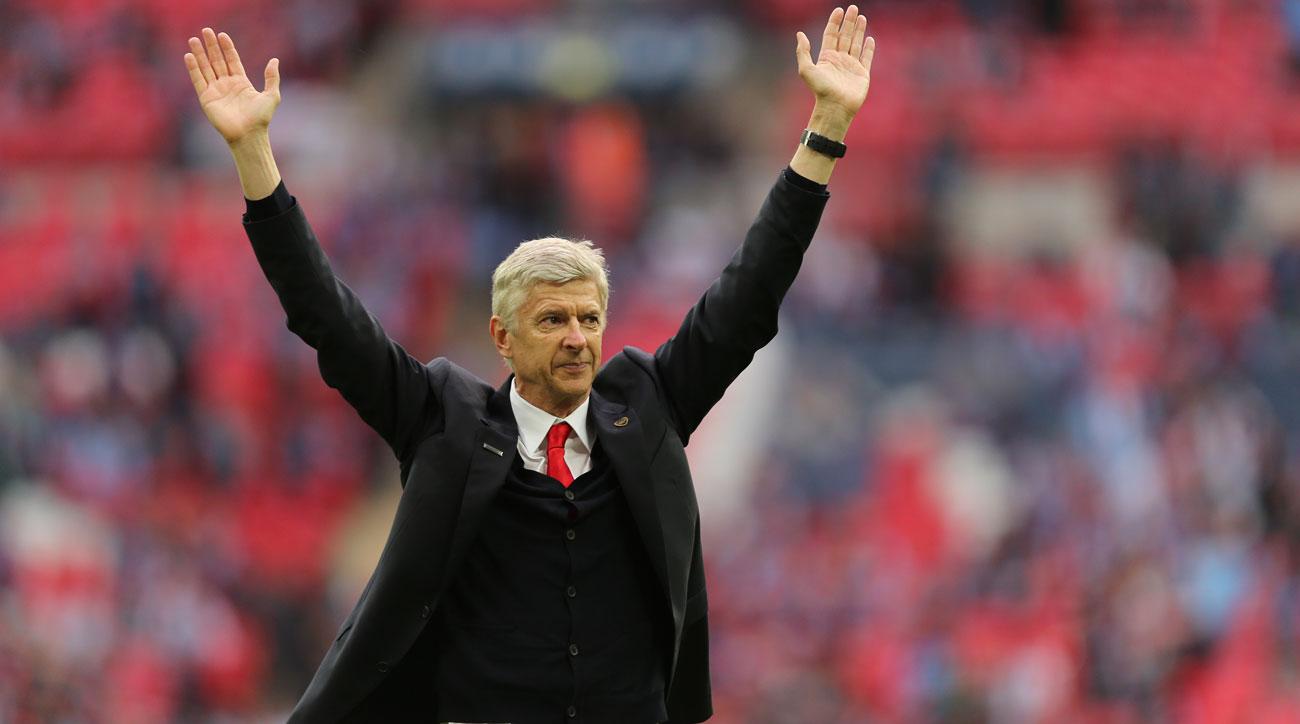 Arsene Wenger to leave Arsenal at end of season

Arsenal football club coach, Arsene Wenger will be bringing his 22-year run at the club to an end when the season is over.

In a statement that came as a surprise to most, Wenger announced, “After careful consideration and following discussions with the club, I feel it is the right time for me to step down at the end of the season,”

With the time, Wenger has won three Premier League titles, seven FA cups, and more. He was the longest-serving manager of the club and in the Premier League.

According to Goal.com, this resignation is not the end of Wenger’s sporting journey as the 68-year-old has revealed he may take up the role of a sporting director or hold a position with the national team.

Here’s how the world of sports reacts:

Congratulations on an incredible 22-year career at Arsenal, Arsene Wenger, and best of luck for the rest of the season… apart from on your 60th game against us next Sunday 😉

For Everything You’ve Done For Arsenal Football Club, For Trusting Me As A Teenager, For Giving Me The Opportunity To Express Myself And Grow Both As A Footballer And As A Person, I Will Forever Be Grateful To You Boss. Thank You So Much! ❤ pic.twitter.com/4QiECh6PUY

Arsene Wenger is to leave @Arsenal at the end of the season. He has given much of his life to Arsenal. He has brought much success to the club. He has given much to the game of football in our country. Merci et bonne chance, Monsieur Wenger. #Wenger

Arsene Wenger will forever be a special manager to me. He gave me a chance and I will always be grateful to him for that. He has shown faith and support in me – not just as a manager and as a coach, but also as an individual. He will truly be missed. pic.twitter.com/2A9XH9IK1s According to an exclusive report by Premium Times, Finance Minister, Kemi Adeosun; Senate President, Bukola Saraki; Speaker, House of Reps, Hon Yakubu Dogara and Accountant General of the Federation, Ahmed Idris have been accused of “illegally receiving and sharing N10billion from the national treasury”.

The report says Adeosun and Idris colluded to illegally sign off the monies for the two lawmakers involved, without an approval from President Muhammadu Buhari.

“The money was released to the lawmakers as part of a secret N50billion approved for the execution of the so-called “constituency projects” Mr. Saraki and other lawmakers discreetly inserted into the budgets of several ministries, agencies and parastatals”.

The accused lawmakers have reportedly refused to comment on the allegations.

Music artiste and DJ popularly known as Avicii has died at the age of 28.

A statement from his rep reads in part, “t is with profound sorrow that we announce the loss of Tim Bergling, also known as Avicii. He was found dead in Muscat, Oman this Friday afternoon local time, April 20th.  The family is devastated and we ask everyone to please respect their need for privacy in this difficult time. No further statements will be given”

His chart-topping song, Wake Me Up was No 1 on Billboard’s Dance/Electronic songs for 14 weeks in 2013.