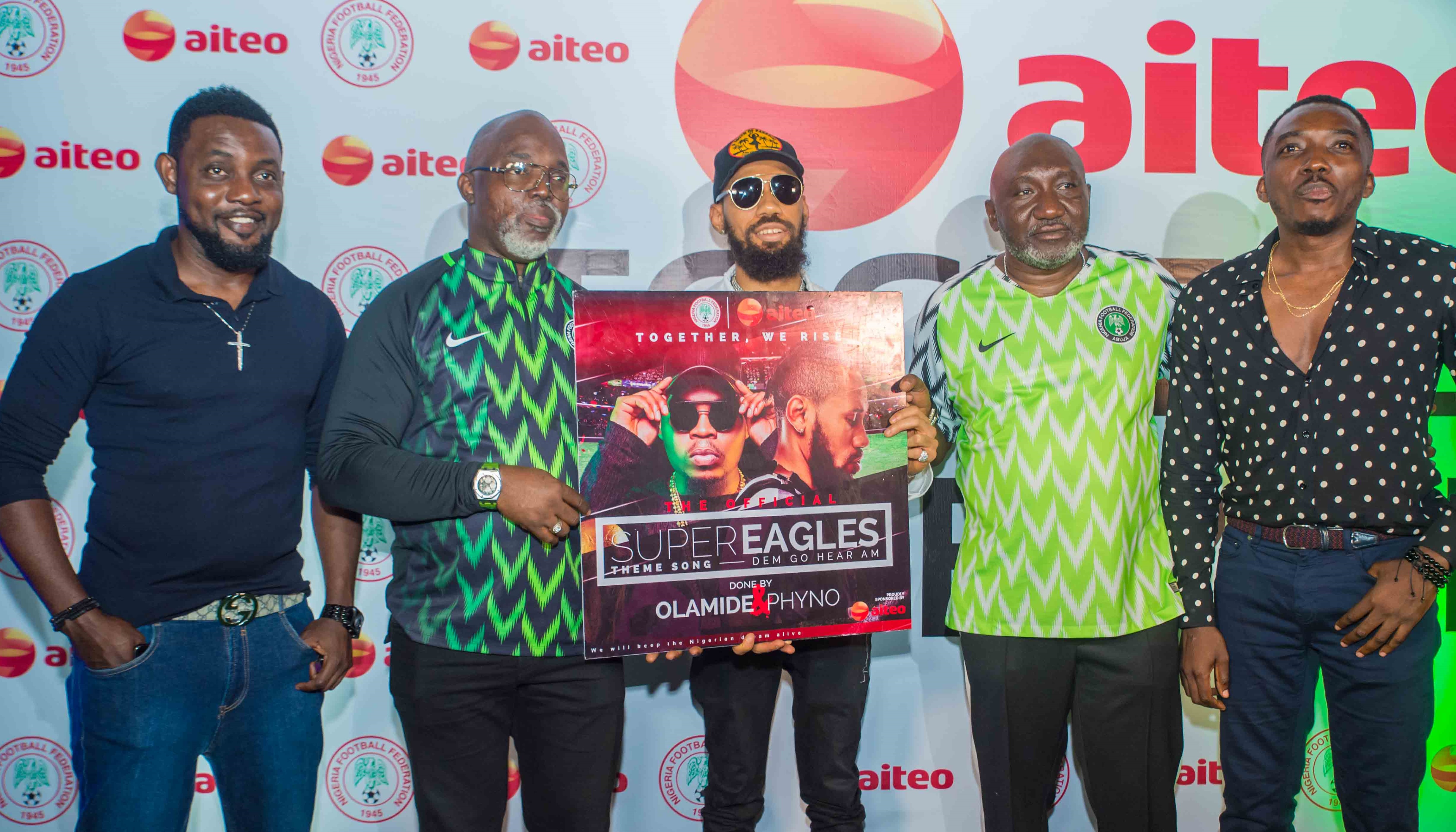 The official Super Eagles theme song for the World Cup Russia 2018 has been unveiled. Titled ‘Dem Go Hear Am’, the song was first played at an event organised by the Nigerian Football Federation (NFF), and integrated energy conglomerate, Aiteo on Saturday, June 9, 2018.

Recorded by Nigeria’s award-winning rap artists, Olamide and Phyno, ‘Dem Go Hear Am’ was produced by Pheelz and powered by Aiteo, the optimum partner of the Super Eagles for the 2018 World Cup.

Celebrities, Aiteo executives, NFF officials, and fans of the Super Eagles were thrilled to a night of dance, merriment and extravaganza with performances from some of Nigeria’s hottest musical artists including Phyno, Cynthia Morgan, Small Doctor, and Mr Real.

NFF President, Amaju Pinnick praised the partnership with Aiteo while thanking everyone in attendance for coming out to support the Super Eagles.

‘This night is special because of our partnership with Aiteo. When a company like Aiteo donates N1.2 billion every year to the Nigerian national teams they should be proudly celebrated. Now we are not owing any player one dime because of Aiteo”, he said.

According to Pinnick, during the World Cup qualifiers, Aiteo donated N10 million. Lastly, he saluted the CEO, Benedict Peters, who was represented by the Deputy CEO, Francis Peters.

Francis Peters lauded the contributions of his brother, Benedict Peters and also apologised for his absence. Francis also expressed Aiteo’s continuous support for the Super Eagles, and announced another mouth-watering offer for the players. “For every unreplied goal in Russia, we will pay 50,000 dollars,” Francis Peters declared to roaring shouts of excitement.