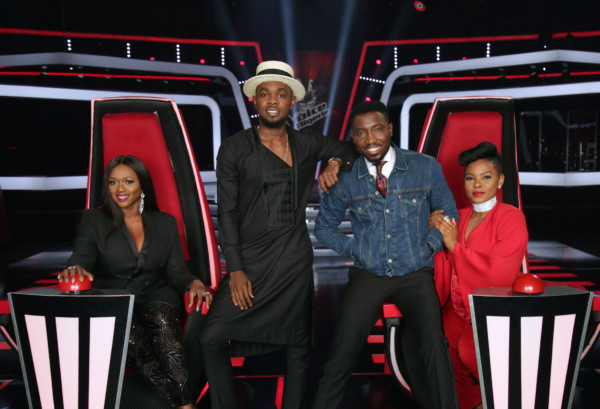 The Blind Audition of Airtel The Voice Nigeria Season 2 came to a thrilling and emotional end on Sunday night, as the Coaches completed the remaining spots on their teams.

Contestants brought their A-Game seeing Coach Timi Dakolo defy the rules with a remarkable 13-member team, instead of 12. He added sisters Tara and Bella, Gerald Agunwobi and Happiness Osasumwen.

Having made the most picks in episode 5, Coach Patoranking won over Ese Urinrin to complete his side.

Coach Waje won over Amarachi Ugoeke, Daniel James and the final talent for the night, Isaac Aloma, while Coach Yemi Alade filled her team by winning over Kelvin Audu and Bunmi Oshin.

As the Blind Auditions end, viewers are waiting anxiously to see talents go head-to- head as the battle proceeds to the next stage.

Some of the key moments of the auditions include Sandra Osamor’s rendition of Nigeria’s national anthem in episode 4. Her strong euphonious voice inspired patriotism and earned her a place in #TeamTimi. She also got a resounding applause from the audience and standing ovation from the coaches as well.

The performance of Chukwuemeka Chike-Ezekpeazu, elder brother of The Voice Nigeria Season 1 runner-up, Osebuka aka ‘Chike’ in episode 5 of the show also generated conversations on social media after joining #TeamPatoranking like his younger brother.

The Voice Nigeria is proudly sponsored by Airtel Nigeria, the smartphone network.