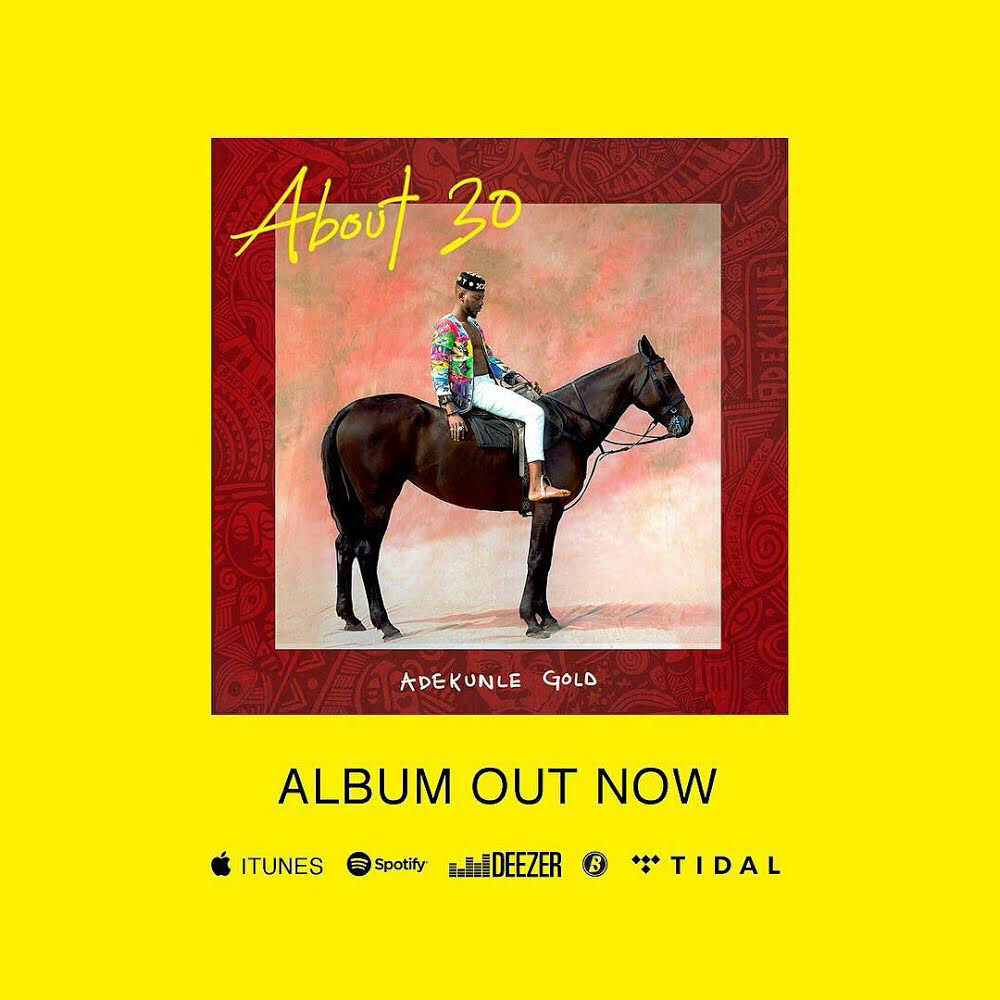 The singer made the incredibly anticipated announcement about the album’s release on his social media page – in a passionate post, he wrote, “Iam really emotional right now. I could cry happy tears.
This album, #About30, is a reflection of my heart, my fears, my pleasures, my pain, my losses and my faith. .
With the love you give me? I would do it again and again and again and one more time. I want you to listen intentionally, absorb and create your own stories from it. It is yours and not for anyone to interpret. Not even me. I also want you to know that without your ears and your heart, my voice is on mute.
I love you all and I am eternally grateful for you sharing it too. Yours, AG
PS – Link is my bio. Use the #about30 hashtag, I will be dropping all day till my fingers drop.”

Adekunle had revealed the release date weeks ago; spurring worldwide anticipation from millions of fans. It can be recalled that the album’s tracklist was released on the same day; showing the album’s collaborators and the unique concept of numbering each track.

The album’s tracklist starts at 17 and ends at 30; a direct continuation of his 2016 debut album ‘Gold’ which ended at track 16. ‘About 30’ features a handful of highly sought-after talents, including the phenomenal Seun Kuti, world-famous igbo highlife sensation Flavour, English singer and songwriter Jacob Banks, popular choir LCGC of This Present House Church, and multi-platinum selling singer DYO.

Many fans of the singer had the pleasure of listening to the album ahead of its release during a first-of-its-kind album listening exhibition put together by the ‘Ire’ singer, which started on Tuesday May 22 and is expected to last till Friday, May 25. Thousands of fans who have experienced the exhibition have since taken to social media to express their awe over the album – with majority of them declaring it the greatest album of 2018 already.

‘About 30’ has been speculated by music critics who have also had the opportunity to listen to the album ahead of its official release to be a phenomenal body of work, which would set a new standard for music in Africa.

The album is available on Spotify, Google Play, Deezer and Apple Music.

GET THE ALBUM HERE