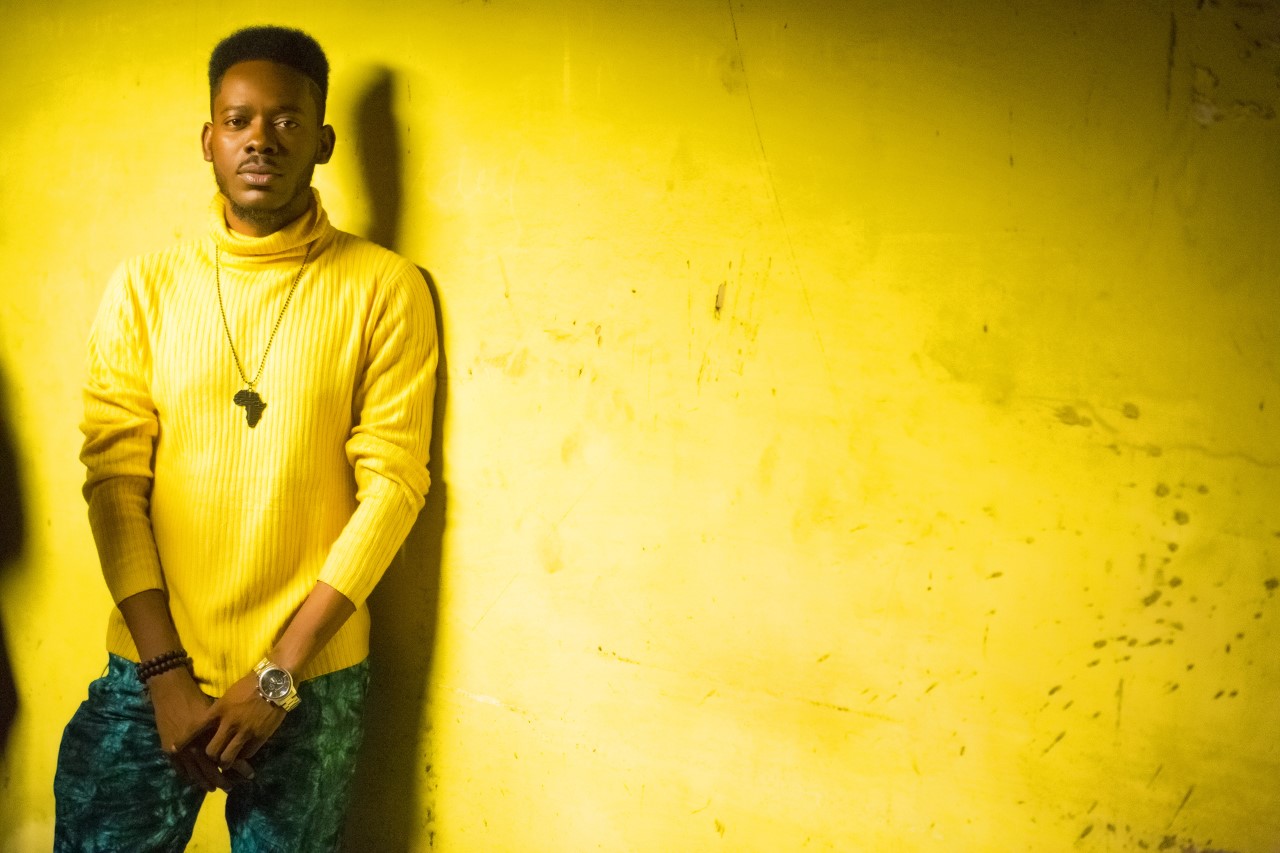 Music sensation, Adekunle Gold is back in the news and this time with the release of scintillating new pictures. The Golden King, as he is now described, recently held a listening session for his debut album, GOLD. The album which was released on the 25th of July, 2016 has so far received applause from both fans and critics, so much that it was the highest ranking debut on Billboard World Chart just one week after its release.

OLAdekunle Gold displays an unmistakable Afrocentric, cultural vibe. From his beautifully patterned and colourful shirts to his golden coloured robe, there are discernable elements of his African identity.

A striking attribute that draws the line between Adekunle Gold and other artistes is simply the way he aptly tells his stories through unusual mediums. Apparently, the multitalented singer is gifted with this ability. For one, he cleverly crafts every song on the GOLD album to tell a story then of course the excellent tale he maps through these pictures. From his signature Adire to the map of Africa accessory on his neck, the identity of the singer is definitely unquestionable.

Most striking is the image where he appears donning a golden robe with musical instruments surrounding him. The contrast between the keyboard and the local drums make another emphatic statement. The artiste does not make any attempt to hide that there is foreign influence in his music but by the number of drums and other African musical instruments evident in the picture, there is no mistaking the fact that his Yoruba culture and African identity bears heavily upon his foreign influence.

Adekunle Gold is one artiste that is determined to keep music and art lovers alike spellbound for a very long time!