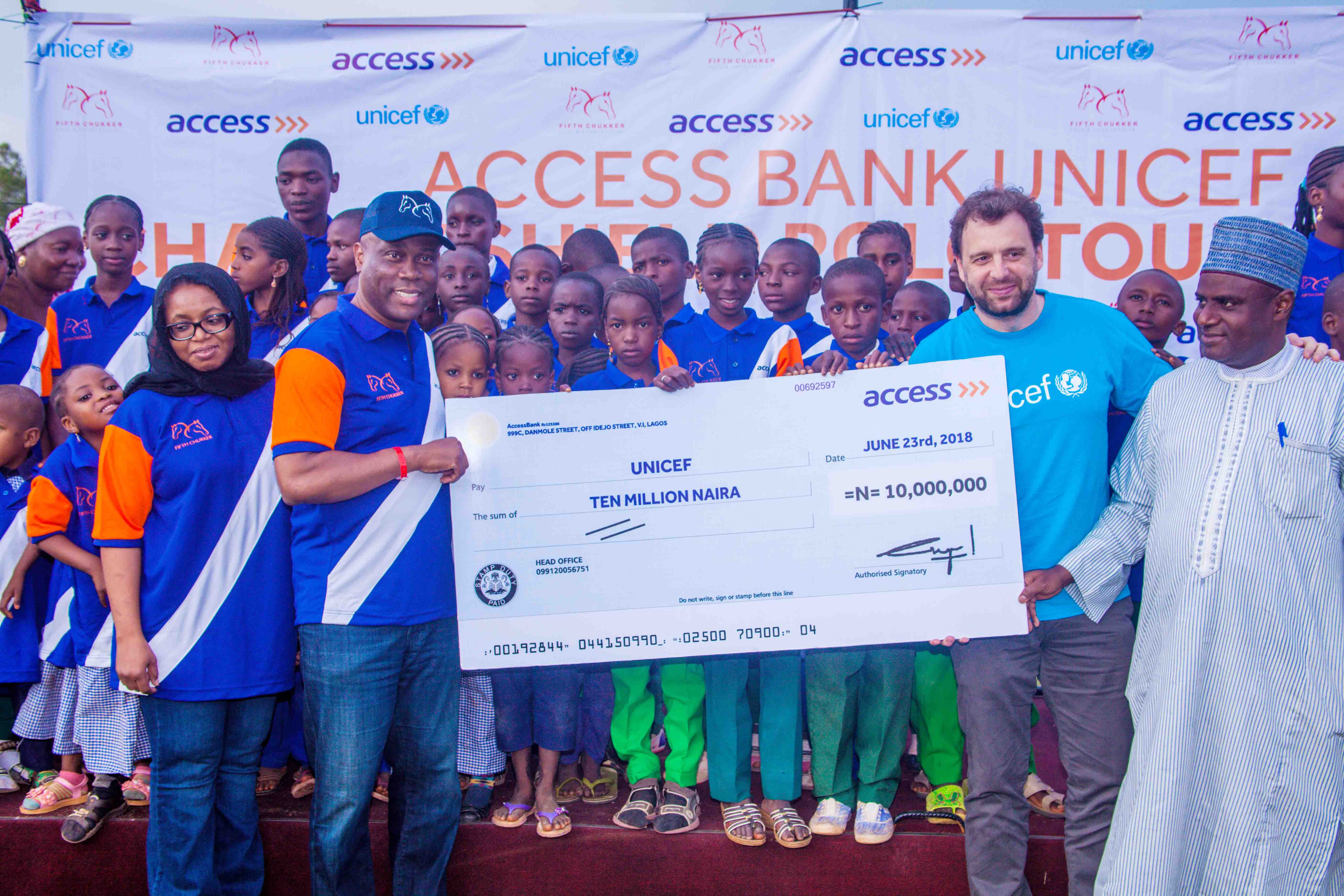 Access Bank is in partnership with The Fifth Chukker Polo and Country Club, Kaduna, the country’s premier Polo society in catering to disadvantaged communities, especially children who are predisposed to displacement from violence and childhood diseases. Through this 10-year old partnership, Access Bank and Fifth Chukker have collaborated with the United Nations International Children’s Emergency Fund (UNICEF) to support the prestigious polo sport in its efforts to raise funds for children in disadvantaged communities within Kaduna state.

The most prominent medium through which all parties have raised funds is the highly lauded annual Access Bank UNICEF Charity Shield Polo Tournament, an event dedicated exclusively towards fundraising which begins in Kaduna and peaks in London. The first Annual Charity Shield event was held in 2006, and funds raised from the tourney were used to provide support services for 240 orphans from 12 communities in 6 local government areas in the state.

Corporate responsibility and philanthropy are at the core of the work at Access Bank hence its keen interest in supporting organisations that share these values. On the other hand, The Fifth Chukker Polo and Country Club is renowned for its sportsmanship and commitment to fostering community. Fifth Chukker upholds the city’s equestrian history, and is renowned for its steeds and stables.

Access Bank supported this year’s Kaduna tourney with an annual donation of N10 million to UNICEF’s community efforts in Kaduna. The donation was presented during the tourney by Access Bank CEO, Herbert Wigwe to the UNICEF campaign to reduce infant and juvenile HIV/AIDS infections. The Bank also pledged to reach 20,000 more persons in Kaduna state through community-driven projects. This brings the total amount raised for UNICEF through the annual tourney to N100 million. Thousands of children from selected schools within the state were introduced to the noble sport during this year’s tourney.

Slated for July 16, 2018, this year’s ‘Access Day’ will see Nigerian and international polo players compete as a means to raise funds for the aforementioned cause.