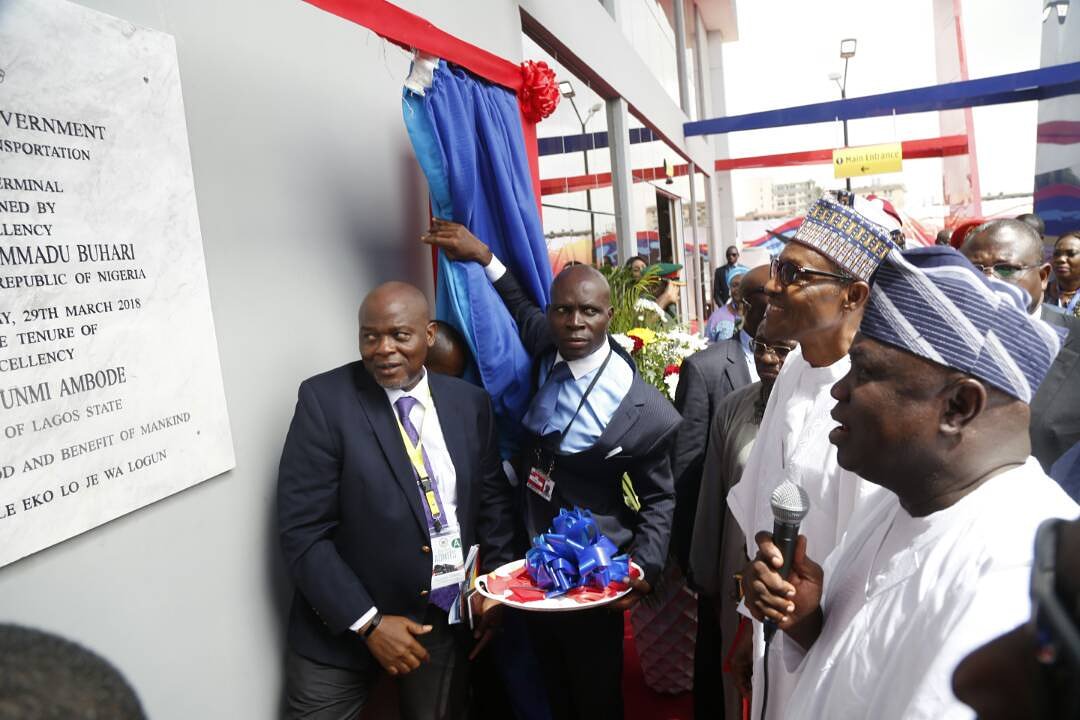 Upon the declaration of Thursday as work-free by Lagos state government, many residents of the state had decried the move pointing out that it was senseless to shut down an entire state because of a visit that almost doesn’t count (at least, judging by the sufferings in the country).

Is President Muhammadu Buhari welcome in Lagos? By all means.

Do Lagosians care though? Not at all.

Especially considering that the state government is bent on forcing him on us by calling the visit “historic” and projecting a false impression of the state to the president by shutting all of us in.

Many Lagosians who hit the streets in search of daily bread today were made to suffer as bus fares were hiked in some parts and transportation was cancelled in other parts.

All of this because the President came to commission a “world-class bus terminal” in Ikeja and attend Asiwaju Bola Tinubu’s colloquium?! Megacity, my foot!

See how Nigerians reacted to the Lagos situation

Booked a 8:45 flight from Abuja to Lagos with the hope of getting out of Abuja before Buhari, checked in at 7:20.

I hear the airspace will be closed until Buhari arrives in Lagos.

No wahala Nigerians. But I'm struggling to understand why a work free day was declared for Buhari's 'working' visit to Lagos. Irony aside, why is a domestic visit by a President to a country's commercial capital treated with so much fanfare?

Today’s Lagos road closures are totally unnecessary and unfortunate. In the 21st Century, nobody closes down a mega city. President and Governor should simply have used helicopters. No right thinking person will close down New York or London or even Sydney

Ambode is proof that you can go to the most prestigious schools, have extensive work experience & still end up incompetent & lack class.This is a chap who sanctioned horrifically designed looking road side boards with faces of Bode George, Olamide & co to celebrate Lagos@ 50.😂

A president who’s really not useful to the entire system comes to Lagos to disturb the lives of those who are actually useful to the system and work tirelessly to keep the economy running. #PresidentialVisit pic.twitter.com/WqjvTNCYKJ

After more than 100 days of staying in the United Kingdom on medical leave for a yet-to-be-disclosed ailment, President Buhari is reportedly returning for another medical leave.

According to Sahara Reporters, the president will be leaving the country on April 1 and a return date is not yet known.

#FLASH: President Muhammadu Buhari is to embark on "medical leave" starting from 1st week of April 2018, he is reportedly attending Commonwealth Heads of Government (CHOGM) Meeting 2018 in London from April 16-20. No return date has been fixed. @MBuhari @NGRPresident @AsoRock pic.twitter.com/m8fVxfOhzW

Although football veterans, Joseph Yobo and Victor Ikpeba visited the BBNaija housemates yesterday, Nollywood actress, Adesua Etomi is the first entertainer to drop by at the house.

She had a truckload of advice for the housemates and has herself gained a lot of fans, from what we see on Twitter.

How Adesua described anger/people management is how Bambam has been conducting herself in this house and they were calling her fake because she refused to act like an Ajegunle woman. School these kids Susu💕💕💕 #BBNaija

Adesua was top notch on #BBNaija today. Best BBN T.V. content for a while.

Adesua said surround yourself with people that will tell you when you are wrong..

I think this is for Cee c fans thats always supporting her rubbish…She can never be open to corrections if you keep supporting the bad part.#bbnaija