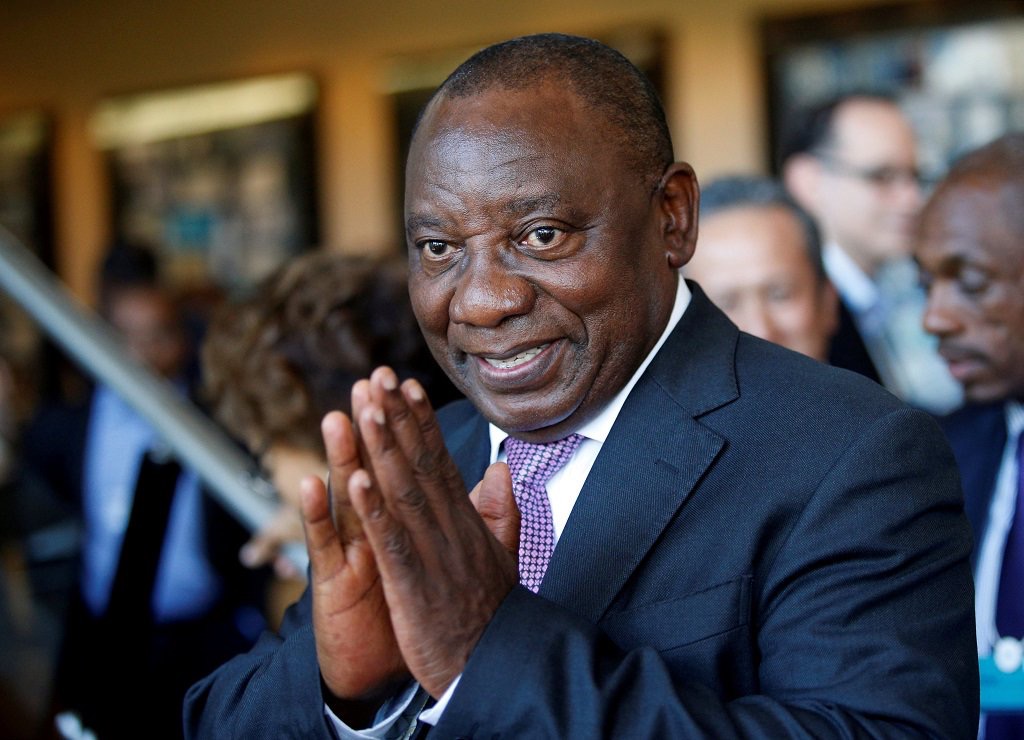 Ramaphosa, who was sworn in today after his nomination by Parliament, has pledged to be “a servant of the people…who will work hard not to disappoint…”

Becoming president is an achievement in waiting for Ramaphosa as he had hoped to succeed Nelson Mandela in 1999 but was denied that chance by the ruling party at the time.

South Africa’s new President, Cyril Ramaphosa was not only Mandela’s righthand man and an anti-apartheid activist, he is also one of the richest men in Africa, with Forbes estimating his net worth at $450 million.

Zuma resigns and Nigerians wonder what will become of his statue

Former South African president, Jacob Zuma bowed to pressure to leave office in a televised resignation on Valentine’s Day and as opposed to reactions from other Africans, Nigerians are mostly concerned about one thing.

Late 2017, Imo state Governor Rochas Okorocha unveiled a statue of Zuma, a president whose leadership was far from exemplary. Nigerians questioned Okorocha’s move back then and are doing the same again now that Zuma is out.

Now that Jacob Zuma has resigned has the President of South Africa what will happen to his statue in Imo State?

Okorocha may be planning to give him an appointment in Imo, abi how you see am?

Now that ANC has recalled Jacob Zuma, will Onye Iberibe Owerri now pull down the Zuma's statue, erect a new statue for Cyril Ramaphosa and then invite Ramaphosa to commission the new statue?

There’s been another school shooting in the US

And this time, 17 people including students and teachers of Marjory Stoneman Douglas High School have died.

The shooter, 19-year-old Nicolas Cruz had been previously expelled from the school for disciplinary reasons.

Cruz opened gunfire on the school and got people to run out in confusion while he continued shooting. Disturbing footages of the incident was caught by some of the students on Snapchat.

While this shooting which is now one of the ten deadliest in the US has brought gun control talks to the fire again, US President Donald Trump has addressed the matter without for once mentioning the word “gun”.

Mr President, how can you make a speech about one of the worst gun massacres in US history and not mention the word 'gun'? https://t.co/41RHFo7WK7

While this may come across for many as great news from the presidential family, others suspect foul play. They infer that the VP’s daughter marrying a billionaire’s (Shagaya) son has a political undertone, especially considering the billionaire in question is Muslim.

Your pentecostal pastor Vice-president’s daughter is about to marry a Muslim billionaire’s son.

So at no point during couple’s counselling did they bring up being unequally yoked with unbelievers or is that a teaching only poor church members have to follow?

At least now the man can stop pretending he doesnt have major political ambitions.

Is this the VP’s way of announcing his next political move? Or these Nigerians are just being unnecessarily cynical?