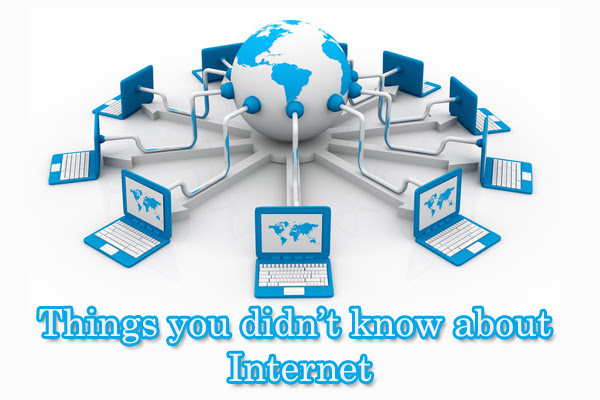 The internet was born about 40 years ago and in that time it has practically taken the world by storm. It has become an essential part of our daily routine and business activities, and has become so ingrained in our lives that it is, at the moment, more or less imperative to our existence. Jumia Travel, the leading online travel agency, shares 4 things you probably didn’t know about the internet.

The World Wide Web is not the Internet

While the World Wide Web is popularly known to have been invented by Tim Berners-Lee, an English Engineer and computer scientist, the Internet however first originated from the U.S. Department of Defense as workable prototype called ‘ARPANET’ (Advanced Research Projects Agency Network) in the late 1960s. The technology was able to grow into what we know today as the ‘Internet’ through the work of scientists Robert E. Kahn and Vinton Cerf, who developed a Transmission Control Protocol and Internet Protocol (TCP/IP), a communications model that set standards of how data could be transmitted between multiple networks. The ARPANET adopted the TCP/IP on January 1, 1983, and from there researchers began to assemble the “network of networks” that became the modern Internet. Then, in 1990, the online world took on a more recognizable form, in other words it became popular among the public, when computer scientist Tim Berners-Lee invented the World Wide Web.

Surprisingly, human activity actually only makes up about 49% percent of all internet traffic. The remaining 51% comes from automated programs called ‘bots’. These ‘bots’ are programs that have been built to do automated tasks on the internet and are considered as the ‘worker bees’ of the internet. The ‘bots’ help to refresh your Facebook feed, figure out how you rank on Google search results etc., and they can also impersonate humans to carry out devastating DDoS attacks (this is why you are usually asked on some websites to confirm that you’re human and not a robot, before you can proceed browsing on the site).